The outrage index is rising – and we are all to blame 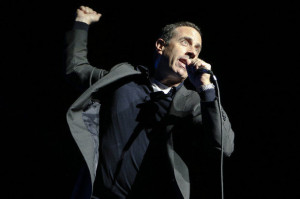 The outrage industry is so self-righteous and out of control that we no longer think anything of taking part in acts of public shaming that have been outlawed for centuries as uncivilised and inconsistent with the rule of law. Lynchings (by online mobs) and burning at the stake (of 24-hour news coverage) have become the norm – not as gory, of course, as in 15th century France, Tudor England or America in the 1700s, but no less life-changing for the accused.

Consider the recent case of prominent Canadian environmental scientist Faisal Moola. He was trolled and subject to racist attacks on social media just because he dared to express support for a fast-food chain’s decision to stop running adverts by a company involved in a controversial pipeline project.

No sooner had Mr Moola, an adjunct professor at the University of Toronto and a director of one of Canada’s largest environmental organisations, congratulated the Tim Hortons chain than he was assailed as a “foreign-funded extremist, a terrorist, a radical, an Arab with Middle Eastern oil connections”.

The scientist, whose family is from South Africa and who was born and bred in Canada, said he was told to “go back where I came from”. The attacks started after a well-known pro-oil Canadian pundit and broadcaster tweeted that Mr Moola was “a US-funded anti-oil troll and lobbyist.”

It served as a virtual call to arms for the vigilante forces standing guard over certain strands of opinion.

But this sort of online tearing of limb from limb is so frequent now that we scarcely notice its grotesqueness. A couple of weeks ago, Guy Benson and Mary Katherine Ham, two leading lights of America’s conservative media, addressed the increasingly powerful and destructive outrage culture in a new book appropriately titled End of Discussion. They explained the provocation for the book as follows: “What seems new is the weaponisation of outrage over the slightest of perceived offences. Self-righteous scolding is giving way to a campaign of exacting retribution. The paradigm is shifting away from ‘I may disagree with what you say, but I’ll defend to the death your right to say it,’ to ‘I disagree with what you say, so I’ll eagerly join the punishment mob, you bigot’.”

Coinciding with the book launch came two particularly powerful illustrations of their argument. American comedian Jerry Seinfield’s comment that college campuses have become too politically correct to be able to take jokes in the spirit they are intended and British Nobel Prize-winning scientist Sir Tim Hunt’s “trouble with girls in the lab” remarks. (You fall in love with them, they fall in love with you, and when you criticise them, they cry.)

Seinfield was immediately besieged by a torrent of abuse for publicly professing not to love political correctness and Sir Tim was forced to resign from his honorary job at a leading London college and from the European Research Council, which he helped set up. Many of his scheduled speaking engagements were swiftly cancelled. In his words, he had “become toxic.”

Is this progress, the democratisation of justice perhaps, or is it a regression to the sort of cruelty as public sport that was common in Shakespeare’s day? In 1600s London, as British Museum director Neil MacGregor describes it, “the execution of criminals was, if not exactly public entertainment, then certainly public spectacle. You might perfectly well go to Tyburn near Marble Arch in the morning, to witness a public hanging and then move on after lunch to watch Macbeth lose his head or the Earl of Gloucester both his eyes”. Today’s culture of outrage often manages the same sort of virtual human butchery – a morning of Twitter defenestration, an afternoon of Facebook flaying.

Mr Moola, Jerry Seinfeld and Sir Tim are good examples of what Benson and Ham describe as the “rising social costs of crossing the Thought Police”. These costs include notoriety and shame, the loss of friends and even one’s livelihood. The outrage index is soaring among people of all political stripe – or none. Remember Justine Sacco, whose tweet led to her losing her job and a public shaming of outrageous proportions two years ago?

Ms Sacco was flying to South Africa and tweeted as follows: “Going to Africa. Hope I don’t get Aids. Just kidding. I’m white!”

She didn’t have many Twitter followers – just 170 as it happened – and yet, 11 hours later, she turned on her phone to find that she was the number one trending topic worldwide and the target of an online mob that was outraged by her “racism”. She lost her job and experienced the full force of a collective fury that hunted her down and shamed her into near depression. She is, of course, hardly the most outrageous instance of social media mobs and internet vigilante justice.

In early 2010, The New York Times ran an extraordinary story on what it called a Chinese phenomenon – human-flesh search engines or renrou sousuo yinqing. It described them as follows: “They are a form of online vigilante justice in which internet users hunt down and punish people who have attracted their wrath. The goal is to get the targets of a search fired from their jobs, shamed in front of their neighbours, run out of town. It’s crowdsourced detective work, pursued online – with offline results.” Dreadful offline results.

Ignominy is well known to be a fate worse than death, as Benjamin Rush, a prominent Philadelphia physician who signed America’s Declaration of Independence, wrote around that time. His paper argued for a liberation from public shaming, the stocks, the pillory, the whipping post. The pillory and whippings were all but abolished in the US at the federal level in 1839.

In the age of social media’s gleeful savagery and shame campaigns, are we any further forward?