Our parents and grandparents ate industrial levels of gunk. But dessert 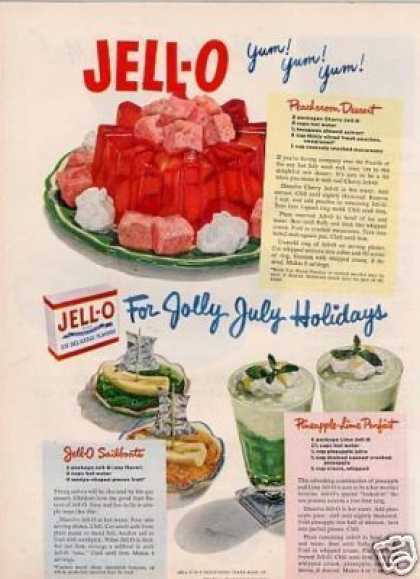 Along with the distinctive skirts and shoes – and attitudes to women – the 1950s were about food that we’d shudder to eat today.

Writing in Collectors Weekly, Hunter Oatman-Stanford reminds everyone of all those long-ago dishes that graced 1950s and 1960s dinner tables. Click here to read his full piece.

Back then, you’d use packet soup, frozen chicken and canned pineapple rings and probably make “Caribbean Chicken”. It’s not as if people were self-harming. As Mr Oatman-Stanford says, “World War II spurred an industrial food boom, introducing many technologies to keep foods fresh longer, from freezing to dehydrating”.

He interviews, at some length Ruth Clark, whose website The Mid-Century Menu chronicles her recreations of these long-ago recipes.

Interestingly, she describes 1950s food as “experimental”, all about making “life easier. Make a cake faster, make a soup faster, or use frozen foods for shortcut cooking.”

It was also a lot more bland, a time when, as Ms Clark says, “people considered ketchup spicy.”

But especially fascinating is her observation about the unchanging aspect of cooking over the years: Dessert.

Baking remains much the same down the years. “You walk into a bakery now, and you pick from chocolate and vanilla cake with white or chocolate icing. Most of the time, the icing is all chocolate butter cream, and not even fudge icing,” notes Ms Clark.

Except for the boxed mixes – Americans were just being encouraged to get used to them. Not so much in other parts of the world, where you still had to bake a cake from scratch.