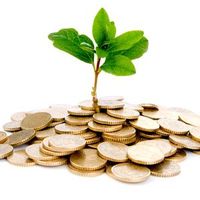 We have it on good authority from Indian real estate heiress Neha Hiranandani that India’s new Corporate Social Responsibility (CSR) Act is probably not going to be big business.

As she writes in Quartz, the Act, “the first of its kind worldwide” may not generate quite the returns one might expect from the estimated $3 billion in compulsory corporate contributions because “many of us are jaded”.

A more accurate word to describe her sentiments (and that of many Indian businessmen and women) might be “disillusioned”. As Ms Hiranandani tells it, most of India’s Richie Riches are disillusioned by the charlatans who run charities and non-governmental organisations. She quotes a ‘Times of India’ report that says India has one NGO per 600 people  and yet donors say they don’t “know of a sufficient number of credible organisations or foundations.[Emphasis added by Ms Hiranandani.]”

And she goes on to explain the fear of what she calls “unsavoury characters”, declaring that it is “widely known in India that many operate under the guise of NGOs, camouflaging extortion and other operations under the innocuous banner of a non-profit. Fraudulent non-profits are so commonplace now that they have ceased to even be newsworthy. The offending organisations are usually noiselessly added to government lists of blacklisted NGOs’. In the eyes of corporate givers, these growing lists sully the reputation of all non-profits.”

This is true enough but it is puzzling to consider the other reason she offers for Indian donors being, as she puts it, “strangely timid with their philanthropic spending”.

Disappointment. She writes: “Since India’s Independence in 1947, corporate India has watched the government consistently prepare Five-Year Plans that set ambitious targets for improvement in every social sector. Year after year, the targets of these plans were missed with the same consistency with which they were laid out. An entire generation of Indians has grown up thinking that social change in India is impossible.”

Again, it’s hard to argue with the toxic reality of distrust and disappointment but what about the can-do spirit of social entrepreneurship that has consistently led wealthy Americans to invest in their country, its people and the collective dream? Remember One of the most memorable, early and world-changing examples of the long tradition of enlightened philanthropy, of course, was Andrew Carnegie, who gave money to American towns and cities to build public libraries (the first anywhere). He firmly believed in the “Gospel of Wealth,” which meant that wealthy people were morally obligated to give their money back to others in society.

In this age, his philanthropic successors are of course, the Gates and Warren Buffet. And dozens of others. America’s that kind of place. There’s no reason why a century on from Carnegie, Indian big business can’t labour to build a better, more giving and honest culture.