In the markets as in life, the gamble & guess are the drivers – and the fun 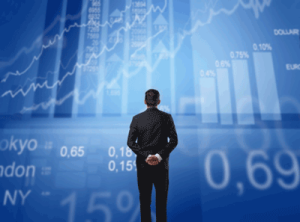 Okay, so I’m not an economist and not even a particularly driven investor. But I think I’m right in deducing the following from Nobel economics laureate Robert J. Shiller most recent essay:

All of which seems to suggest that human beings like the chaos and the risk and the uncertainty – the gamble – that is a stock market investment.

Professor Schiller, who teaches at Yale University and has just added a new chapter on the bond market to the third edition of his book ‘Irrational Exuberance’. And in support of his theory of people actually liking irrationality, he quotes a “classic paper” published by Joseph Stiglitz and Sanford Grossman 35 years ago.

It was titled ‘On the Impossibility of Informationally Efficient Markets’ and it contained the following gem: “Perfectly efficient markets require the effort of smart money to make them so; but if markets were perfect, smart money would give up trying.”

All of which says that the gamble of a good investment is more thrilling than a dead cert?

Isn’t it much the same for life?

(Tomorrow: Why smart investment machines and models may be a really dumb bet)