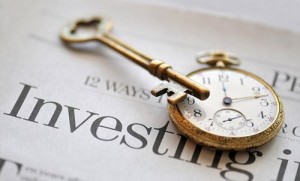 You can have a smart TV, a smart watch, even a smart fridge, but not a smart investment device. Or so goes the theory.

So why are there reports that smart beta investment products are taking off? Are they? Yes and no, according to OZY. Click here for that report.

Apparently, the financial firm Charles Schwab has put its own version of smart beta on an automated investment platform called “intelligent portfolios.”

OZY quotes fund research company Morningstar to say that smart beta funds total $567 billion under management, which is more than double that in 2012.

That sounds pretty impressive till you come to one very real problem. No one is very sure what smart beta, or a smart investment product, really is. Charles Schwab no longer calls its product smart beta, but “fundamental indexing”.

Anyway, what would feature on one of those golden lists?

Would Apple (with a market valuation of $710 billion) be on it?

What about smaller high-performers?

It seems that some financial investment firms incline to companies with big dividend payouts rather than anything else. Which is undoubtedly an indicator of success, but does it suggest continued surefire success?

Can anyone even predict that?

And back to Professor Shiller’s theory – should they even predict that? Won’t it take all the fun out of the markets?