Wearable tech: Should we really be spying on our elected leaders? 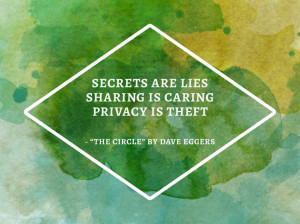 “Wearables to keep politicians honest,” suggests a piece in OZY.

I doubt they expect to be taken seriously but it’s good to consider the matter carefully considering where they are – in Mountain View, California, the heart of tech land. And considering who they are, stiff with connections and investment from Silicon Valley royalty, including Steve Jobs’s widow.

Anyway, here’s the basic argument for putting performance trackers on our leaders:

“In a democracy, leaders serve the public, and are accountable to its members. Which is why we should be spying on them instead of them spying on us.”

Some might say that this is par for the course, considering we now expect the police to subject themselves to ceaseless digital scrutiny and recording while they’re on shift. (And even in countries where this is not the case, mobile phone cameras and social media have taken away treasured illusions of privacy).

But surely a politician’s work is very different from that of a policeman? For one, it is never done. And second, at least some of it must be back-channel and out of the public eye.