A stylebook for CEOs of countries? With rules on how to refer to refugees?

Should the chief executives of countries – David Cameron of the UK, for instance – have a stylebook that governs kosher/halal phrases? Something along the lines of the Associated Press Stylebook, which dropped the use of the words “illegal immigrant” in Apri 2013, because it believes that “’illegal’ should describe only an action” not a person. 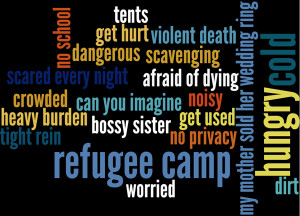 The issue of an approved stylebook for politicians comes into view considering British prime minister recently said, in an interview to the news station ITV that the French port of Calais was secure, despite a “swarm” of migrants trying to gain access to the UK.

“Swarm” is an interesting word to use. It reduces refugees to insects. Somewhat in the way that British writer Katie Hopkins, controversially likened migrants to “cockroaches” in a newspaper column in April.

Why could Mr Cameron not have said “many” migrants instead of “swarm”? Or provide real numbers?

A stylebook is not that ludicrous when you consider the number of UN conventions and international covenants that are meant to change mindsets and culture. A UN-approved stylebook then?

It is particularly important considering the propensity of politicians to demonise ‘the other’, to whip up nationalist fervor, to unite their people against ‘outsiders’. In other words, to do exactly what the AP Stylebook no longer considers acceptable, in the words of AP Executive Editor Kathleen Carroll: rather than labeling people, label behaviour.

“’Illegal’ should describe only an action, such as living in or immigrating to a country illegally…(use) ‘diagnosed with schizophrenia’ instead of ‘schizophrenics’.”

Labels are important. Call someone an “expat” and it creates a different picture from the one that comes to mind if you call them “immigrant”.