What does Google search data say about our changing world? 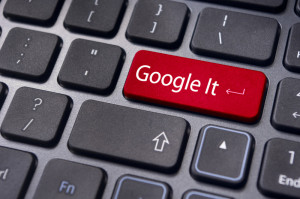 First, there are more than three billion searches a day around the world and it does say something if in 2015, London mainly uses English, French, German and Spanish, in that order.

Second, let’s not get carried away by the results of the newly released interactive from Google News Lab, which shows the changing pattern of main languages used to search in different cities. Google says that from 2007, Spanish rose dramatically as the language most used in searches in London. Obviously, this means there were more Spanish-speakers in London than before and may be one of the consequences of Spain’s economic problems. But what does it say that Arabic has pretty much remained steady since 2007 – at number seven or eight -of the top languages used in London to interrogate Google? That Arabic-speakers have remained at constant numbers? This sounds hard to believe.

I suppose, overall, the best way to read the “data” provided by Google country / city searches is that’s always fascinating to look into the hidden recesses of the human mind. An infographic from Fixr.com computed some of the most Google-searched items around the world in April using the top Google autocomplete search for “How much does * cost in (country)”.

For Mexico it was “tummy tuck”, for South Korea “rhinoplasty”, in the UAE it was “Ferrari” and in Mauritania, where slavery was abolished only in 1981, it was “slave”. Click here to read full Fast Company story on this.