On Suez 2.0 day in Cairo, a brief reminder of India’s relationship with Egyot 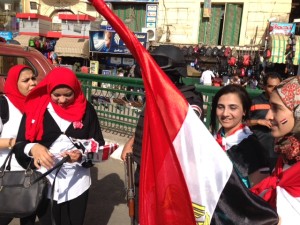 So we’re standing in Tahrir Square (as one does) and it’s the day Egypt is claiming the Suez Canal in a way it hasn’t for 146 years – by paying to build a new one; by building it willingly and by celebrating a renaissance of spirit.

“Which country are you from,” asks an old lady bearing a banner with President Abdel Fatteh El Sisi’s smiling visage.

“Ana min Hindiya (I am from India),” I say in my fragmentary Arabic only to have the breath sucked out of me as she clasped me to her ample bosom and kissed me on both cheeks.

“We are the same people,” she beamed, her gap-toothed smile beautifully serene, “Amitabh Bachchan, Shahrukh Khan”.

I nodded, wondering at the inexplicable nature of the people-to-people connection.

Was it all about the shared vision, at much the same time, of Saad Zaghloul and Mahatma Gandhi?

Was it about the fact that Gamal Abdel Nasser and Jawaharlal Nehru together founded the Non-Aligned Movement?

Whatever it us, our people seem happily joined in a shared idea of togetherness.

Here are some photos from Tahrir Square, August 6, 2015, when the New Suez Canal was officially opened. The stout lady with the banner in photo 3 is also the one so overcome with love for India that she kissed me. 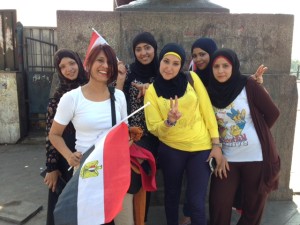 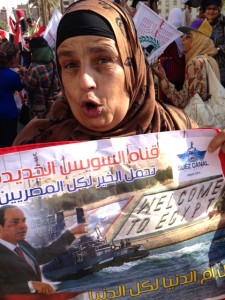 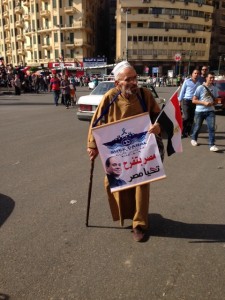