Will New New Cairo be a case of Pharaonic overreach by Mr El Sisi? 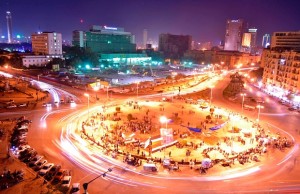 Those who’ve been to Old Cairo and New Cairo know the gargantuan problems that might be stored up in the New New Cairo. There are just two words to say in this respect: Pharaonic overreach.

The new city, which Mr El Sisi plans to build with $45 billions in investment, some 45 km out of Cairo, is meant to ease congestion in the Egyptian capital. It is supposed to have five million residents (Cairo has anywhere between 20 and 22 million) and is meant to serve as a bridge between Cairo and a new manufacturing zone planned along the Suez Canal.

So far, so ambitious. What’s the problem?

It suffers from that familiar disease (often seen in the Gulf Arab states) to be taller, higher, stronger than everyone else; to set records; to be seen as unique, an original.

It depends on what you mean by original. The New New Cairo will have

–        an amusement park four times the size of Disneyland

As has often been pointed out, the culture of the big project is an unfortunate disease. Too often have Egyptian leaders decreed the establishment of grand cities that are meant to sweep away all of the country’s problems. These include

Toshka in the Western Desert, an incomplete project begun by Hosni Mubarak. It was supposed to green the desert but lies arid and as little more than a template for failed planning and project management.

For Egypt’s sake, it is to be hoped it’s not back to the future with the newest iteration of Cairo.