Corbyn & Sanders: A transatlantic hymn to the unspun politics of hope? 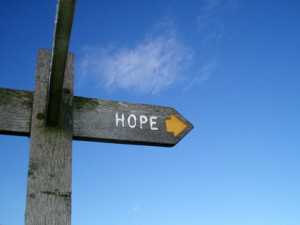 Today (Friday, August 14) ballot papers go out to those who can vote in the British Labour Party’s leadership election and right now, it’s looking like it will go in favour of the unfashionably unspun, plain-speaking Jeremy Corbyn.

Last Monday (August 10) a rally
for Democratic presidential hopeful Bernie Sanders drew an estimated 27,500 people — about five times as large as any crowd that has turned out for the party’s gilded, well-connected, well-rehearsed front-runner Hillary Clinton.

Both Mr Corbyn and Mr Sanders may ultimately fail to win the great prize they seek but they are undoubtedly being borne along on a wave of unexpected support. It’s left the pundits flummoxed and party grandees perplexed.

No one saw this coming. Why this transatlantic twinning around politicians who’s USP might be categorized as follows: unfashionably old world?

There are three reasons, the triple ‘S’ factor:

What does that really mean? Let me explain. It’s about dreaming impossible dreams and investing hope in people who will take office and work to make them happen.

The support for Mr Corbyn and Mr Sanders – and what they themselves say Is called idealism and it may fail – but the fact that it exists is reassuring.
After years of watching politicians and election cycles and the merry business of building (and destroying) political “brands” across disparate countries, it’s pretty obvious that the biggest strength now may be to defy all attempts at branding and instead, to represent that timeless essence: one-of-a-kind; does-what-it-says-on-the-tin.

Both Mr Corbyn and Mr Sanders offer this in spades.

Mr Corbyn is profoundly unfashionable and has been saying the same sort of things – peacenik, anti-nuclear weapons, working people’s rights – for years. He dresses in an unremarkable fashion and cycles around the British capital.

Mr Sanders, 73 years old, was a civil rights activist in the 1960s, supported gay rights in the 1980s and strongly opposed the Iraq war from the outset. He’s always held the same equal-rights-for-all views and has had no makeover (of opinions or outfits or pancake face finish).

Right now both men are causing palpitations in their respective party circles.

A YouGov poll for The Times of 1,400 eligible Labour Party voters put Mr Corbyn ahead of rival candidates on 53 per cent, leading the former (highly spun) prime minister Tony Blair’s communications manager Alastair Campbell to warn that the party risks “driving itself off a cliff” if Mr Corbyn is elected. He meant that Mr Corbyn is too unworldly perhaps, too unpolitical to ever be able to lead the Labour Party to a general election victory.

Over in the US, the same sort of momentum has taken Mr Sanders to the point where he has become perhaps the biggest draw on the 2016 election campaign trail, drawing more than 100,000 people to his rallies in recent weeks. As The Washington Post put it, he’s “riding a wave of Facebook shares, retweets and old-fashioned word-of-mouth…” Mr Sanders himself constantly reminds people that his “campaign is not a billionaire-funded campaign — it is a people-funded campaign.”

Even so, he may be an early success doomed to eventual failure because he needs middle America to strongly support him – first to win the Democratic party nomination to run for president and then to win the election.

It may be a dream too far but what are we without dreams?