Havana high for US: Why countries need poets to say what they can’t – or won’t

Formulaic or not, there’s always something enormously moving when countries wheel out poets to say something that governments really can’t.

The theory goes that a poem, which is Greek for “a made thing” and poetry, which is a set of techniques to put emotions into words, plumbs the unsaid, that feeling deep down inside, so far within that we know not why our hearts are heavy. 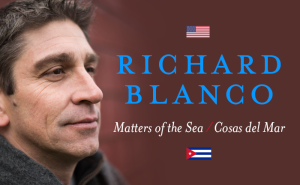 So it was with Friday’s (August 14) re-opening of the US embassy in Havana, Cuba. As this blog, by the anonymous US State Department watcher ‘Diplopundit’ recounted, the great task – of transmitting emotion – fell to the Maine poet Richard Blanco. He belongs to a Cuban exile family and so could be expected to feel the many contradictory things that categorise the community’s view of Cuba – lump in the throat; lump of rage.

As Mr Blanco told NPR before he left Miami for Havana, “In some ways, this was one of the easiest and one of the hardest. And part of it, I think there’s a lot of – more political complexities involved, and it’s a lot closer to me. But the inspiration that first came to me was this idea of those 90 miles that everyone always sort of talks about that’s almost at this point cliche – you know, the 90 miles between these two countries that might as well be 9,000 miles. So I started thinking about that and how to make that something not about separation, but about unification.   And so it’s the sea that separates us, but it’s also the sea that unites us.”

The first line of the poem, ‘Matters Of The Sea’ or ‘Cosas Del Mar’, goes as follows:

“The sea doesn’t matter. What matters is this – that we all belong to the sea between us.”