Marche Central and the traditional market before the age of refrigeration 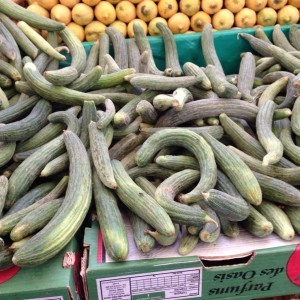 The Marche Central in Tunis is one of the world’s more distinctive old traditional markets. They go by different names in different parts of the world, obviously. And historically, they served as both supermarche and information exchange before the age of refrigeration.

La Merced Market in Mexico City is in an area that has been associated with commercial activity since the early colonial period. In the mid-1800s, a permanent market was built on the grounds of an old monastery.

In Indonesia, traditional markets are called pasar and they include a gathering of vendors as well as the large buildings run by the official pasar authority.

In India, there are mandis in every town and city.

The farmers’ market has been revived in Britain and the US – and they’re considered an authentic part of the tendency towards a more wholesome lifestyle – but it’s in France that they have flourished instinctively and gloriously. In French towns and villages, there is at least one large market every week. Sometimes, there might be two. In every arrondissement of Paris, there are fruit and vegetable markets. And almost every French town has its covered market (marché couvert), a permanent structure that seems to have been the template for the one here in Tunis.