Hillary, Huma and hope. A true story, as told by National Review?

To those momentarily persuaded by Hillary Clinton’s barnstormer of a speech to Democratic activists at Clear Lake, Iowa on Friday, here are two parallel points that reveal the extent of her power and her problems:

–       When other contenders, such as former Maryland governor Martin O’Malley were speaking, photographers were training their cameras not on the stage but on the audience, where Mrs Clinton had taken a seat.

–       And the National Review’s massive story on Huma Abedin, the woman Mrs Clinton has called a “second daughter”, is a fairly persuasive account of the way the Clinton camp may have used (and abused) privilege and access for years. This is par for the course for those of us who come from countries where connections can make or break someone’s prospects, but it’s not what you’d expect – or want to promote – in America.

There is no question that Mrs Clinton is the frontrunner for the Democratic Party’s nomination. She’s seems unstoppable in her quest for the presidency. The only question is: what for?

And then two further puzzles:

–       Why should the American people should give her four years to continue doing what the vast Clinton network has done since the early 1990s – becoming the establishment? 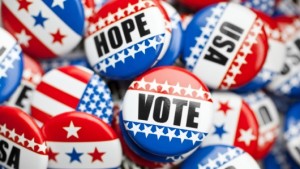 Whatever anyone’s views on National Review, which is dedicated to ahem…“conservative” views, its recent story on Mrs Clinton offers some key and illustrative truths. The magazine’s founder William Buckley, Jr. described its purpose needing it to stand “athwart history, yelling Stop, at a time when no one is inclined to do so or to have much patience with those who so urge it…” It is, by no means, impartial. But that does not mean it never writes anything that makes sense. Click here for the story or consider some of the more alarming paragraphs from the report below:

“Is Abedin the new Doug Band, the longtime Bill Clinton aide who eventually became a liability for the former first family’s political ambitions? And will Abedin’s escalating scandals compel the Clintons to cut her loose, just as they jettisoned Band? Band began his career as a lowly ‘body man’ for then-President Clinton in the mid 90s, but soon morphed into a key aide in Clinton’s post-White House life. He was the gatekeeper to the former president and one of the chief architects of the Clinton Foundation’s Global Initiative. Many described him as the son Clinton never had… (He) aggressively touted his relationship with the Clintons to prospective clients…”

And it goes on to say:

“Like Band, Abedin worked her way up in the Clinton political machine. From her start as Hillary Clinton’s White House intern, she rose to become the former first lady’s right-hand woman at both the Clinton Foundation and the State Department. But much like Band’s ultimately did, Abedin’s behavior may soon become a drag on her boss’s presidential prospects.”

Ms Abedin was simultaneously employed as a consultant at Teneo — Doug Band’s firm — and as Mrs Clinton’s deputy chief of staff at Foggy Bottom. During that time, the Review says that Mr Band allegedly urged Ms Abedin to ask Mrs Clinton “to intercede with President Obama on behalf of one of his clients, Judith Rodin, who was seeking a White House job. As president of the Rockefeller Foundation, Rodin had steered hundreds of millions of dollars in donations to the Clinton Foundation — something Band reportedly noted in the e-mail.”

As I said at the outset, this level of mutual back-scratching is taken for granted in banana (and mango) republics. You don’t expect it in America.