Corbyn-truths: We don’t have to wait for Chilcot to know Iraq was a mistake 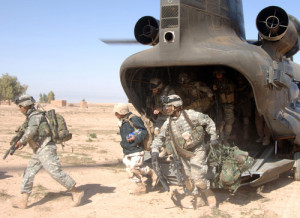 You have to admire a man who doesn’t change his mind. Or, at least, you should. Admire him and support him. Will enough people admire the clarity and honesty with which Jeremy Corbyn, Labour leadership frontrunner, described the great wrong that was the Iraq war?

On Friday (August 21), Mr Corbyn didn’t look for weasel words or cling to the life-jacket of the long-delayed Chilcot inquiry into the Iraq war in order to say what he has always thought.

Mr Corbyn, who opposed the invasion back in 2003, says 12 years later: “As a party, we found ourselves in the regrettable position of being aligned with one of the worst rightwing governments in US history, even as liberal opinion in the US was questioning the headlong descent into war.”

And he added, with the sober realism that makes marks him out as a conviction politician, not a convenience one: “We don’t have to wait for Chilcot to know that mistakes were made and we need to make amends”.

Now consider what Yvette Cooper, one of his main rivals for the job of Labour leader, had to say about the Iraq war. Ms Cooper, who voted for the Iraq invasion, said “Iraq” when asked by the BBC to name one thing the 1997-2010 Labour government did wrong.

But she used the Chilcot safety vest: “We need the Chilcot report out to know exactly what happened but we were wrong there were no weapons of mass destruction and also the strategy was wrong because it drew resources from Afghanistan at a crucial stage.”

Notice that Ms Cooper says nothing about the loss of life in Iraq.

And the blowback from that illegal invasion – the roiling of the region and the rise of ISIL.