Donald Trump’s nativist bandwagon: Would he throw someone like me off? 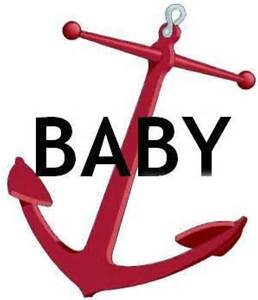 Listen carefully to the Americans around you. The ones who are American by blood – and birthright. Then hear what they say. How many think Donald Trump is onto a good thing when he talks about abolishing birthright citizenship?

This is a touchy issue. Many Americans, whose nationality comes from both blood and birthright, believe it is love for their country that makes them spout the sort of nativist nonsense that Mr Trump espouses. “No longer should pregnant women be able to fly into the US in their seventh month and book C-sections States-side,” they say.

That’s true. But abuse of a provision doesn’t mean it should no longer exist. Jus soli citizenship is a principle embedded in the 14th Amendment to the US Constitution. It guarantees that anyone born in the United States is an American, no matter the legal status of his or her parents.

It is a great leveler. Take it from me. I’m an Anglo-American Indian. Most Americans will gladly accept me when I claim kinship. It doesn’t matter that I don’t look or sound American (whatever that may be) and that I don’t think a hot dog or peanut butter is the greatest delicacy in the world.

The Brits will accept me too, more or less, but in a more grudging and reserved fashion.

And the whole world will look at me and immediately pronounce me ‘Indian’ but I’m not entitled to an Indian passport because India doesn’t recognize dual nationality. (This is, in my opinion, a mistake and though it’s not the issue we’re discussing, it does illustrate a certain level of unwillingness to absorb all sorts.)

Birthright citizenship is, as Fred Hiatt, editorial page editor of The Washington Post, writes, a unique and great feature and it means that Americans “are bound together by a civic ideal”.

Mr Hiatt describes his experience of Russia. “When we lived in Moscow, people used to ask my wife and me, ‘Who are you by nationality?’

“Invariably the response would come: ‘Yes, but who are you really?’”

And he explains that Russia “is a kind of melting pot” but not in the way of the United States. “People consider each other first as Armenians, or Tatars, or Jews (yes, ‘Jewish’ is deemed a nationality), and only second as Russian citizens.”

I agree with him that it is this kind of thinking that Mr Trump would bring to the US if his nativist bandwagon rolled much further forward. Funnily, Bobby Jindal agrees that birthright citizenship should be abolished. What would that make him, a son of legal Indian immigrants and born in the US?