Corbynomics & quantitive easing: ‘Twas Pat Moynihan who got there first 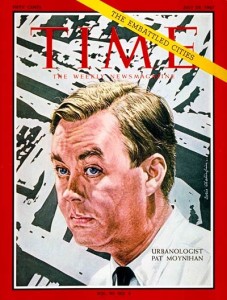 Indians of a certain age (or with excellent memories) will remember Daniel Patrick Moynihan mainly for the years he served as US ambassador to India. He helped with a debt owed by India (some was written off, some used to pay for US embassy expenses, the rest converted into rupees to fund an Indo-US cultural and educational exchange programme). Apparently, the cheque he presented to the Indian government – for Rs 16,640,000,000 – was the largest amount paid by a single check in the history of banking.

But these are old stories. Moynihan, now long gone (he passed away in 2003) remains relevant to our times. For more than his theories on urban pathology.

It was Moynihan who proposed quantitative easing for people (not banks) long before Jeremy Corbyn, the leadership frontrunner for Britain’s Labour Party.

I read about this in Prospect magazine’s excellent review of Greg Weiner’s book ‘American Burke: The Uncommon Liberalism of Daniel Patrick Moynihan’ (University Press of Kansas $27.95).

“Moynihan, in his time, proposed what few Democrats today would deign to suggest: transferring government money—lots of money—to people who were poor. He spoke, unblushingly, words that have since been all but banished from the political lexicon—‘poverty,’ ‘poor,’ and ‘redistribution.’ He insisted that America needed a commitment to guarantee a minimum income for all, especially for its children, and when Bill Clinton eviscerated such commitments in his welfare reform, Moynihan doggedly opposed Clinton.”

It just goes to show that faddish or not, a principled stance on redistributive justice routinely comes back into fashion. Or for people like Mr Corbyn (and Moynihan) it doesn’t ever fall out of favour.