If there can be any measure of Tunisia’s anxiety about the extremist imprint, it came at Sidi Bou Said’s celebration of itself. Last Sunday, the beautiful blue and white village in the Tunisian capital bared its Sufi soul. 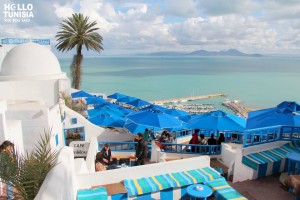 “Do you understand what you’re watching?” an older lady stopped and asked us.

We nodded but she continued with urgent emphasis: “This is not Daesh, you know that I hope?”

We were taken aback by her reference to the Arabic acronym for ISIL. And her need to assure us that all Tunisians were not persuaded by the extremist group’s brutal agenda.

But on that Sunday afternoon, there was no brooding threat of extremist exclusivism. The ecstatic parade started outside the 13th century shrine of Sidi Bou Said, the holy man from whom the village takes its name. It began with horses, flags and poles topped with emblems. 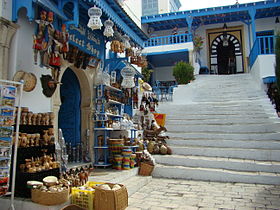 Sidi Bou Said was a favourite with tourists (in the days when they flocked to Tunis) and it has famously been said that it is so beautiful that sometimes it seems painted on, not quite real.

Sufi-ism, however, is the essence of Sidi Bou Said. Some scenes from the Sufi celebration: 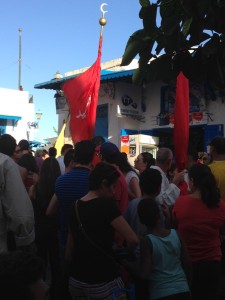 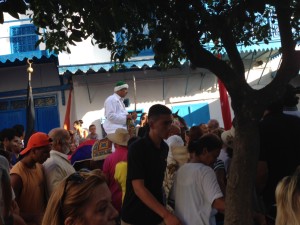 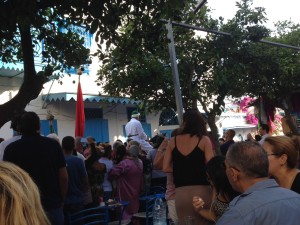 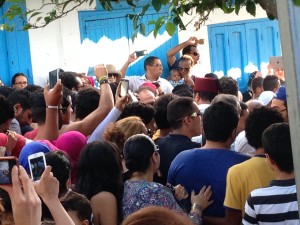 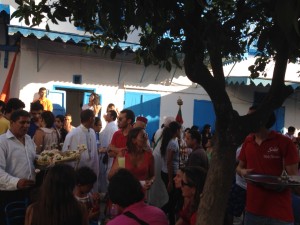