Never mind Tony Blair, here’s why the ‘gig economy’ & Corbyn are in the news 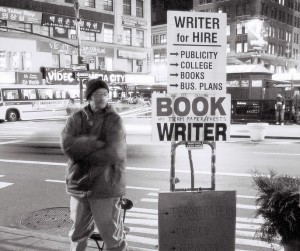 Tony Blair calls it the “politics of parallel reality” but never mind that. Is it a coincidence that the so-called “gig economy” is in the news along with old-fashioned economic left-wing politicians such as Jeremy Corbyn in Britain? And Bernie Sanders in the US.

What’s the link you might ask, between the Uber-isation of work, ie the rise of freelance piecework occupations, and the new popularity of two politicians who are authentically old-world socialists?

Even Mr Blair, in his piece in The Guardian on Monday, admitted that there was “a vast wave of feeling against the unfairness of globalisation, against elites, against the humdrum navigation of decision-making in an imperfect world”.

For, we are in the age of  Uber, Airbnb, Etsy and TaskRabbit, all of them substantially different from Apple, BP or the Sainsbury’s that have made for growth we can recognise. But in this unfamiliar new world, without the certainties that have existed for half-a-century, there is a hankering for a cushion of sorts. Mr Corbyn and Mr Sanders are driven by personal belief in what’s right, rather than strategic calculation. If you had to rely on gig work tomorrow, you’d probably want someone in charge, who like Mr Corbyn talks of “quantitative easing for people instead of banks“.

As a recent Bloomberg View editorial explained it, by this Mr Corbyn “means giving the Bank of England ‘a new mandate to upgrade our economy to invest in new large-scale housing, energy, transport and digital projects’.”

It sounds like exactly the sort of social justice initiative that leaders should be pursuing.

But who would pay for it? The rich, Mr Corbyn and Mr Sanders would say.

That’s where the dream dies – but as for the gig economy, it continues to grow.