Highs and lows of olive oil pretty much sum up state of Tunisia. Here’s why 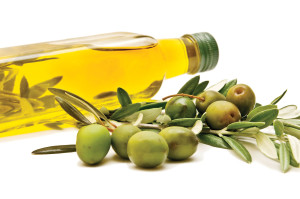 The Financial Times recently reported on the happy coincidence of events that have led Tunisia to become the world’s second largest producer of olive oil this year. These are as follows:

This has made for rich pickings. Olive oil is more expensive now than it has ever been since 2006, mostly because of a worldwide shortfall.

But Tunisia seems hardly likely to capitalize on a situation that some are calling an olive ‘oil shock’ even though its 80 million olive trees cover a third of its arable land. First, production levels remain in hock to the weather god – poor rainfall will badly hit the crop.

Second, the country continues to bulk export olive oil (mainly to Italy and Spain) rather than as value-added bottled and branded products. It is the very problem faced by Greece and this inability to leverage its olive crop really cuts profit margins.

Olive oil accounts for 10 per cent of Tunisia’s exports and academics have long wondered if it can be, as they call it, “an elixir for development”. This sort of thinking has been fashionable for much of the Middle East and North Africa region, as Travis J Lybbert and Ghada Elabed, respectively of University of California, Davis and Giannini Foundation of Agricultural Economics, said in a Development Policy Review paper in 2013.

After all, the world increasingly wants olive oil and the higher the quality, the more it will pay. But that doesn’t mean countries like Tunisia have an automatic advantage. Without efficient post-harvest processes and brand positioning, their small producers struggle to sell to big buyers.

Travis J Lybbert and Ghada Elabed agree that small MENA-region producers sans cooperatives are disadvantaged by the demands of high-value agri-food chains and that they may find it practically impossible to meet the high transaction costs and comply with quality standards.

As well as the fashions that come and go in the food industry.