Three ‘T’s can be said to define Tunisia. Not that ugly fourth, terror

How do you define a country? Especially one as old and ethnically and culturally diverse as Tunisia? 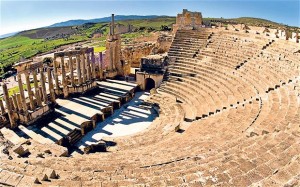 This is a country whose capital still has an ampitheatre built by the Phoenicians, remember? The gardens around some of the plush villas in Carthage, which was founded by the Phoenicians who came in the 12th century BC from Tyre in southern Lebanon, are strewn with pillars from that time. 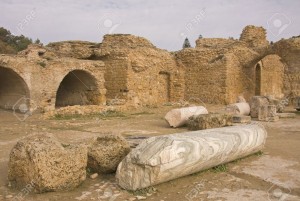 Kairouan, the Unesco World Heritage site south of the capital Tunis, was founded by the Arabs in the first century of Islam. Its Great Mosque (of Sidi-Uqba) and tradition of Quranic learning means that the city is often said to be the fourth holiest city in Islam after Mecca, Medina and Jerusalem. Today, the city hosts festivals of sufi music, in memory of its many strands of faith thought.

And the very name of the Tunisian capital is generally associated with the Berber root loosely transcribed as tns. It means “the one who is sleeping” / “to lie down”/ “encampment” but that is neither here nor there. The Berber people, of course, came many millennia before the Phoenicians.

So Tunisia is old and has a complex, many-layered history and traditions.

But here, for what it’s worth is a subjective rundown of the three ‘T’s that define modern Tunisia:

(Tomorrow: T is for topiary: the 1st of three ‘T’s that define modern Tunisia)