Three food joints that help you get Tunisia on a plate. Deliciously well 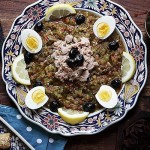 In many ways, Tunisian food is simple. It offers, in the term often used to describe it, a “sun cuisine”. Olive oil, tomatoes and seafood feature pretty heavily.

There is a great reliance on harissa, the dark red paste of spices, red chilli peppers and garlic. Some people add tomatoes to the mix.

There’s lots of tuna, olives and eggs. There’s olive oil by the gallon.

But Tunisia has many layers – Mediterranean, Arab Muslim, and the influence of successive civilizations, the Berber, Phoenician, Roman, Turkish and French.

So how does one get Tunisia on a plate?

These three places hit the various high spots. Read on: 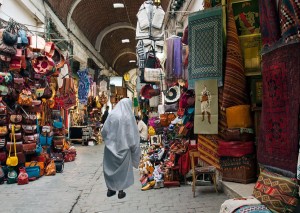 You can click on the name of this charming restaurant, café and shisha parlour bang in the heart of Tunis’s old market.

Some say it’s one of the oldest cafes in the area. I wouldn’t know. all I can say is that it’s yards away from Jemaa Zitouna, the mosque. 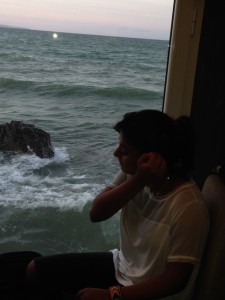 The Factory is really trendy and quite dramatic. It’s in a white building, the Kobet El Hawa that juts out into the sea. As you sit at its huge windows, you can feel the spray from the waves that dash against the rocks below. 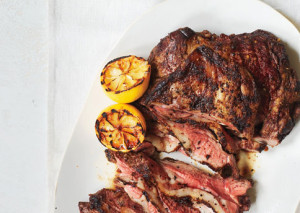 We were lucky enough to be shepherded to Meshwi Turkie, which is a grill restaurant (though that’s an overly fancy word for this simple place) in Cebalet Ben Ammar about 20 minutes out of Tunis.

It’s on the old road to Bizerte (the port town is still at least an hour away). There is a string of meshwis (grill stalls) all clumped together at one particular point along the highway and the Turkie is at the far end. As with most meshwi joints, you choose your cut and how much you want, pay and wait for it to be grilled to perfection. Meanwhile, they’ll bring you bread warm from the oven, salad mechouiya, which is a Tunisian speciality that’s not a salad at all but a mash of grilled peppers and onions. And salad Tunisie, which is just cucumbers and tomatoes and onions.