America is still hamstrung by insularity and ignorance 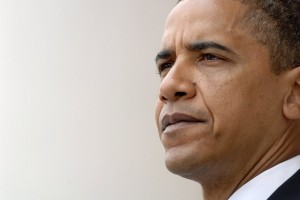 In his new offering Where to Invade Next, the provocative documentary filmmaker Michael Moore locates most of America’s problems in its unique pathological state of mind. That is, a profoundly idealistic belief in its exceptionalism and an entirely practical need to maintain a state of “perpetual war”. Both combine to make America the land of the bombastic and home of the fearful, but somewhat like a 21st century John Ruskin, Moore has an idea for how to remake society.

America must “invade” other countries like an explorer and plunder their best ideas, carrying them off without apology or prior permission. The film’s title is a sardonic play on what the world – and America itself – has come to expect in the past 100 years that the US has been a great power: a dozen or so mostly unsuccessful wars, countless ill-judged military interventions, the constant invasion of others’ space.

Half in jest, Moore illustrates the sort of invasion he now hopes will come to pass. As an invading force of one, he travels with a giant US flag around various countries, gawking with acquisitive appreciation at their conceptual gems.

By importing Italy’s statutory holidays, Slovenia’s free university system, France’s gourmet school dinners and Tunisia’s state-funded women’s clinics, for instance, he suggests that the US would become more culturally, politically and sociologically evolved, a better place to live and, crucially, less cocksure about its greatness.

The humbling, Moore suggests in his trademark tub-thumping style, would come with knowledge, learning about other countries and cultures, being able to appreciate their disparate virtues and finally knowing the truth of what America itself really is – warts and all.

It’s a good thesis. If only it had practical value. In theory, the American age of enlightenment should be due any time now, about 300 years after western Europe had an attack of reason and was seized by the spirit of scientific inquiry.

As science fiction writer Isaac Asimov said of his fellow Americans, the cult of ignorance has always been nurtured by a false notion that democracy renders my ignorance just as good as your knowledge. But whatever the reason for it, America pays a high price for such ignorance, as American writer Tom Saler recently pointed out. Between a third and a half of Americans believe that dinosaurs prowled Eden and the moon landings were faked. More than a quarter believe Galileo got it wrong and that the Sun revolves around the Earth.

This would be comical if it weren’t so tragic. And dangerous. Presumably it is these ignorant hordes who form an orderly and assenting chorus line every time the well-informed neo-conservative or the liberal interventionist argues that every American war is a just war, that the US is the “indispensable” nation and it must tackle all the world’s troubles.

There lies the problem, one so grotesquely large that it cannot be solved by hopes of an American renaissance based on a knowledge revolution. Ignorant or well-informed, redneck or policy wonk, there is a curious consensus about America’s duty to fight on behalf of other people.

Both on the left and the right, the American foreign policy establishment is notoriously inclined towards activism, whether it be to export “liberty”, “democracy” and other “American values”, or to save women or a religious minority from bigots.

Even Barack Obama, who was elected president partly because he was no George W Bush and seemed unlikely to lead the country into indefensible wars, has not been immune from the American disease of militarism.

In 2011, he justified the US intervention in Libya – the first war launched on his watch – with claims so exaggerated and self-righteous it was scarcely believable they issued from the lips of the man who opposed the Iraq invasion.

He said it was to prevent the slaughter of civilians by Muammar Qaddafi on a scale so tremendous it would have stained the world’s conscience and “been a betrayal of who we are.” And he added, “Some nations may be able to turn a blind eye to atrocities in other countries. The United States of America is different”.

This sort of language – and belief system – stubbornly persists even though 16-to 35-year-olds have, as Moore points out, had more access to information via the internet than any other generation of Americans.

They aren’t so ignorant that they will fall for political campaigns that play to fear and warmongering, he says, but it’s hard to discern the basis for this hope. In June, a Pew Research poll indicated that more than 50 per cent of Americans would not oppose going to war with Russia. In February, polling by CNN/Opinion Research showed that nearly half – 47 per cent, up from 43 per cent in November – supported sending in US ground troops to fight ISIL.

Clearly, the US is no less willing to go to war now than before the internet age properly began. The ability to access all sorts of information does not automatically translate into people actually seeking it out. Studies have repeatedly documented people’s propensity to avoid what is called “attitude-discrepant political information”, which is to say views that are different from theirs.

In real terms, this means following like-minded people on Twitter and reading online trivia that bolsters one’s opinions. It is, as a 2011 study on online political information-gathering put it, “a turn towards avoidance” with America’s ideologically fragmented online news environment allowing the systematic eschewing of contact with opposing ideas.

The internet can disseminate information but it cannot dispel wilful ignorance or banish prideful insularity. It is this – as well as its huge arsenal, of course – that leaves America viewing the world a bit like a shooting range.