Potholes remain in Nepal’s road to a new constitution 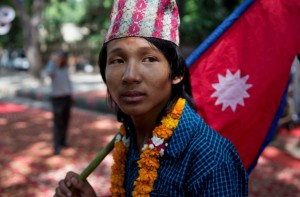 Nepal, the oldest nation-state in South Asia, now has the region’s youngest constitution, one that’s supposed to transform it from a feudal Hindu monarchy to a secular progressive democracy. It won’t happen overnight, if at all. The constitution’s design does not, at least right now, match that ambitious aspiration. Ructions over the document continue, amid criticism that it’s not truly of, by and for all the people.

The US, UK, India, China and Japan have welcomed the constitution, but they have also expressed concern that substantial minority groups were not sufficiently engaged in its formulation. Women’s groups say it is discriminatory in what is already an overwhelmingly patriarchal society and culture. At least 40 people have died in protests by ethnic minorities fearful that the constitution will become a tool to further marginalise them in the new federal republic. The situation remains fluid.

For all the official jubilation in the capital Kathmandu and celebratory tweets by Nepal’s prime minister, Sushil Koirala, there is a sense that an event that should have been a national triumph, a unifying feel-good moment, has not lived up to its billing. Add to that the muttered threat of a secessionist movement by disgruntled groups and a document that was meant to refound and anchor the nation may be the unmaking of it.

What went wrong? Nepal has dreamt long enough about a constitution written by the people’s representatives and serving as a charter of the state’s identity. The process was supposed to start right after the advent of democracy in 1951, but an imperious, still-powerful monarch intervened. It was not until the mid-noughties, after a decade of insurgency by Maoist rebels inspired by Peru’s Shining Path, that this latest exercise in constitution-writing began.

Accordingly, seven years ago, Nepal elected a constituent assembly to do the job. But it ran out of time amid ceaseless wrangling over rights and responsibilities – and touchy issues of ethnic identity. In 2013, a second constituent assembly was convened, but found itself no farther forward, especially when it came to the knotty task of designing a federal state based on a single ethnic identity.

There the arguments uneasily rested, until this year, when two massive earthquakes devastated parts of the country, leaving at least 9,000 people dead. Faced with the Himalayan challenge of rebuilding their poor, chaotic country, all the major political parties decided the disasters were a call to action. Reconstruction could only proceed apace, they felt, if there were a new constitution that would serve as a grand design for the future. In a rare moment of unity and purpose for Nepal’s politicians, all the parties signed a 16-point agreement in early June. It became the blueprint for the new constitution.

But here’s the rub. Having a new constitution may be worse than muddling along with an old one, if it does not adequately relate to the identity of all “the people” who are supposedly its authors. Consider the profound disenchantment expressed by a former Maoist rebel, who spent his youth fighting for greater equality in his country. “Power has not yet shifted to ordinary people,” he lamented. “I had a different vision of the new Nepal.”

What does that mean? As a Hindu-majority country, Nepal may appear fairly homogenous to the outside world, but it is not. Its people speak more than 100 languages; and society is riven by divisions along gender lines and between high- and low-caste and hill and lowland communities. In general, high-caste men from the hills dominate the pecking order, as well as the best jobs in the executive, parliament, judiciary and civil administration.

These problems are compounded by the way the internal boundaries of the seven new federal states are likely to be drawn. The Madhesi and Tharu ethnic minorities, historically marginalised and mainly from the southern plains along Nepal’s border with India, are violently opposed. They want representation equal to their population and federal redistricting that maintains their respective provinces so that they are assured the loudest possible voice in parliament. Neither group wants to be subsumed by a one-language, one-culture policy.

All of these are reasonable concerns, ones that a federal design should be particularly suitable to address. The sort of compromise sought by Nepal’s minorities is exactly what workable codified constitutions are made of. If they don’t start out that way, realpolitik will force rewrites.

Belgium’s century of battles over the official status of French and Flemish, for instance, led to constitutional evolution that might best be described as a complete overhaul. It went from being a unilingual, unitary state to a complex federation combining an overlapping and interlocking set of regional governments and self-governing linguistic communities.

So why has Nepal neglected to learn from other countries’ constitutional histories? One Madhesi leader, Shivaji Yadav, claims that the constitution has been rushed through for the sake of the privileged old guard of politicians, not “the people”. Bhoj Raj Pokhrel, a former national election commissioner, has also described it as a “rushed” job that would inevitably lead to conflict.

It may be ill-thought but it is hardly rushed. In any case, even if it were perfectly pitched, which the Nepalese document is not, constitutional design has its limits as a vehicle of gross national well-being. Take it from Benjamin Franklin, one of the 39 people who signed the US constitution in 1787. The constitution only gives people the right to pursue happiness. You have to catch it yourself, he observed.

Presumably, with a little bit of luck and good political weather, the Nepalese people might manage that some time in the future. Just not yet.