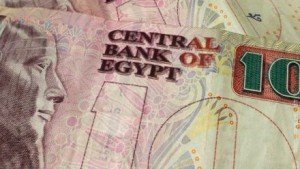 For all that Egypt is playing up its African-ness, there is one sector where it doesn’t want any twinning: mobile banking.

I have it on good authority. Hisham Ezz Al-Arab, no less.

He’s chairman and managing director of Commercial International Bank (CIB), Egypt’s largest private-sector bank. But his other job is more important in the context of mobile banking and the changes that Egypt must make in order to extend financial services to its huge informal economy. For the past two years, Mr Al-Arab has chaired the Federation of Egyptian Banks, which provides advice and recommendations to the Central Bank of Egypt.

It’s not about to be recommending an M-Pesa style mobile banking revolution, which has extended the reach of formal financial activity deep into the east African hinterland and served as a template worldwide.

But the African model is regarded as dangerously insecure. It turns mobile phone networks into banks. What if they were to fold tomorrow, wonder Egyptian bankers? Who would pay out the amount despatched by someone?

Instead, Egypt’s banks want to be enablers and the repository of the sums transacted via mobile banking.

It’s a worthy aspiration. But much slower, of course, than African-style mobile banking.