Is life a story and does each of us have a starring role to play in our own novel? 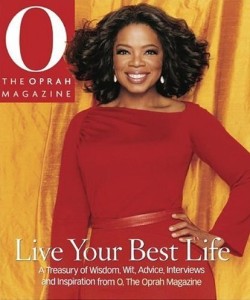 British philosophy professor and literary critic Galen Strawson raises this fascinating question in an essay for On Life-Writing, published this month by OUP.

I read it in Aeon. Click here if you want to go straight there. Or just carry on reading.

So which is it? Life is a story? Or is it a random collection of events that sometimes seems linear, sometimes cyclical, every so often a loopback through time and then might have no discernible shape or pattern at all?

And are we, each one of us, consciously the main protagonist of our own life story?

I don’t think so, at least not for myself, but then I rather incline to the view that it is a form of exhibitionism to see yourself as a lead actor in the great higgledy piggledy mess of a life lived as best as one can. Remember Lennon? “Life is what happens to you when you’re busy doing other things.”

Anyway, neither does Mr Strawson seem to believe in the great life-as-a-narrative philosophy. But there are any number of very clever people who seem to think differently.

“Each of us constructs and lives a ‘narrative’, this narrative is us”.

“Self is a perpetually rewritten story…In the end, we become the autobiographical narratives by which we ‘tell about’ our lives.”

“We are all storytellers, and we are the stories we tell.”

My favourite though is from one of the authors I most admire, W. Somerset Maugham. In ‘A Writer’s Notebook’, he muses:

“I recognise that I am made up of several persons and that the person that at the moment has the upper hand will inevitably give place to another. But which is the real one? All of them or none?”

I think that’s the crux of it. Maugham was talking about being self-aware. How I am behaving today? Why am I behaving like this today? Should I be like this tomorrow? Each of us assumes a different role, sometimes even a different persona from time to time but that doesn’t mean we must self-consciously regard ourselves as actors playing many parts in a divine reality show. Or a novel in which we lay out the plot ourselves.

That would be vain in the extreme. And arrogant. Mr Strawson offers the wonderful observation by the English dramatist Sir Henry Taylor back in 1836: “An imaginative man is apt to see, in his life, the story of his life; and is thereby led to conduct himself in such a manner as to make a good story of it rather than a good life”.