The deep roots of ISIS 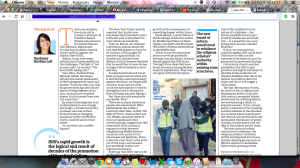 There are as many theories as people who expound on ISIS’s phenomenal rise within a relatively short time.

There was no figurative drum roll or trumpet call when US President Barack Obama announced at the United Nations that Malaysia, Nigeria and Tunisia had joined the international coalition against the Islamic State (ISIS).

Rather, it was with weary sobriety that Obama spelled out the challenges. The fight is “not an easy task”, he warned. “We have [ISIS] taking root.”

Soon after, Turkish Prime Minister Ahmet Davutoglu offered this dismal assessment of ISIS’s geographical reach and spread: “In the no-entry list that my government has introduced against foreign fighters since 2011, we have now recorded almost 20,000 names from over 100 countries.” 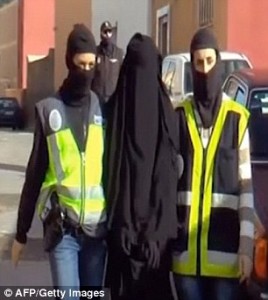 By some reckonings this is an understatement even though Davutoglu, a former university professor who has written several books on changing equations within the Muslim world, could be said to know better.

So, are there any credible figures?

The New York Times recently reported that 30,000 new volunteers had travelled to Syria in the last year to join jihad but most tallies are anecdotal.

Even so, Britain, for instance, is getting so anxious about the lure that ISIS appears to have for its citizens, it has sought UN sanctions against them. On October 4th, British Prime Minister David Cameron declared that he would buy 20 new drones to target ISIS extremists in Syria and Iraq.

Tunisia has introduced travel bans on suspected terrorists and is developing a national strategy against terrorism. As Obama said recently, more than 20 other countries have passed or tried to strengthen laws to disrupt the flow of foreign terrorist fighters.

But these are only marginally successful. Why?

There are as many theories as people who expound on ISIS’s phenomenal rise within a relatively short time. In ISIS: The State of Terror, Jessica Stern and J.M. Berger, seasoned researchers on al-Qaeda and other terrorist groups, suggest that ISIS owes much of its success to regional rivalries between neighbouring Middle Eastern countries over access to oil, natural gas and pipelines. There is also the view that it is the product of the proxy war between Iran and Saudi Arabia over regional dominance.

Some say that ISIS’s rise can be attributed to poor governance and lack of democratic institutions in the Middle East. Yet another view discerns ISIS’s growth as the consequence of something deeper within Islam.

Shadi Hamid, a senior fellow at the Brookings Institution Center for Middle East Policy in Washington, says ISIS’s rise illustrates the failure of liberal determinism in the Middle East.

This is to say the notion that history moves purposefully towards a secular future. Instead, Hamid argues that ISIS draws “strength from ideas that have broad resonance among Muslim-majority populations. They may not agree with [its] interpretation of the caliphate but the notion of a caliphate — the historical political entity governed by Islamic law and tradition — is a powerful one, even among more secular-minded Muslims.”

If true, the international coalition against ISIS would have little force or effect on the outcome of the battle to oust the group and its perverted ideology.

Fortunately, there is another possibility: that ISIS’s rapid growth is the logical end result of decades of the promotion of literalist Salafism; that this is the darkest hour before dawn for Islam and that it will trigger a reformation.

The last reformation of sorts, by Jamal al-Din al-Afghani and Mohammad Abduh in the late 19th century, promoted Islamic modernism by codifying Islamic law and ensuring a check on executive power. It was, at least partly, a response to the creeping authoritarianism of the Ottoman era. A sharia-based system gave the clerical class prominence and maintained the balance of power. Notably, it made peace with the idea of the modern nation-state.

The next round of reform would need to rebalance the religious scholars’ authority within existing state structures, thereby denying groups such as ISIS the chance to cannibalise faith to their grotesque ends.