Can rubber flip-flops mean a people are no longer extremely poor? 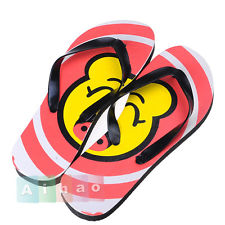 Have you ever seen extreme poverty? I ask simply because the World Bank recently announced a major global milestone – the number of people living in extreme poverty is likely to fall to below 10 per cent this year.

So what is extreme poverty and how do you recognize it? It’s the lack of the most basic necessities, a situation such as I saw in Bahon in northern Haiti.

As I wrote in my Guardian story at the time, Bahon “is a sleepy town along the Grande Riviere, an extravagantly named river that is a mere summer trickle through the north of Haiti.” The townspeople, from what I could see in the makeshift children’s clinic I attended (and in the localities along the way) had simply nothing – no bucket, no place (other than along the river) to relieve themselves, no way to cook, not a lot to eat. Many of them had walked four hours to carry their children to the clinic, hoping that they would find medicine to restore them to health. Then, they would trek four hours back.

To my mind they represented extreme poverty. Except for one thing. “They have slippers,” American paediatrician Patricia Wolff told me, “it’s the biggest change I’ve seen in Haiti in 25 years”.

Dr Wolff should know. She’s been in and out of Haiti over a span of time that allows a generation to grow to maturity and she founded a non-profit Meds For Kids 12 years ago to make a local malnourishment product for children, as well as benefit Haitian peanut farmers.

As a doctor and someone sincerely interested in development, her view was interesting: the promotion of slippers (even the humblest, cheapest pair of rubber flip flops) was a great advance in health for Haitians. It was done by Haiti’s health ministry, at the behest of the WHO and it helped enormously because Haitians were now able to protect their feet, avoid ringworm, be less vulnerable to injury and disease.

Thinking back, I wonder if rubber flip flops can really signify that you’re no longer in the extreme poverty bracket and now only in relative poverty, which is to say your income is below the general standard of living?