Want a hack-proof password? Search within your favourite poem 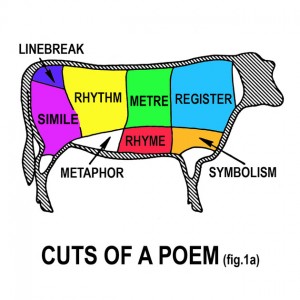 It was only a matter of time before a couple of computational linguists at the University of Southern California told us the obvious. The strongest password you can ever have is from an unusual idea or an image that’s easy for you to remember, practically impossible for a computer to crack and hard for a human hacker to imagine. Unless they know your favourite poem, of course, and how your mind works.

Why does poetry supply good passwords? It may be something to do with the rhyme and rhythm. And the fact that a poem should, if it’s any good, have emerged from what Wordsworth called “organic sensibility”, which is to say perception, emotional consciousness and sensitiveness. All of these are unique to a poet and inform his/her work uniquely. It seems to me that this is something along the lines of what T. S. Eliot rather poetically described as the fusion of thought and feeling, poets who had felt “their thought as immediately as the odour of a rose” or indeed the “direct sensuous apprehension of thought”.

Anyway, it makes for highly individual and very memorable passwords. As the authors, Marjan Ghazvininejad and Kevin Knight, point out (click on the link for their paper), the bards of old were able to memorize long epic poems because of their rhyme and rhythm.

“We introduced several methods for generating secure passwords in the form of English word sequences,” they write. “We learned that long sentences are seemingly easy to remember, but actually hard to reproduce, and we also learned that our poetry method produced relatively short, memorable passwords that are liked by users.”

“Liked” is an interesting word, suggesting that the sensibilities (possibly even the emotions) are engaged. When that happens, it naturally becomes more memorable.