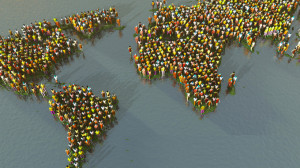 In a piece originally published by Project Syndicate two years ago, Professor Deaton wrote that it is aid flows, which “are large relative to fiscal expenditure (often more than half the total)” that permit governments the following luxuries while they mis-govern: They “need no contract with their citizens, no parliament, and no tax-collection system. If they are accountable to anyone, it is to the donors; but even this fails in practice, because the donors, under pressure from their own citizens (who rightly want to help the poor), need to disburse money just as much as poor-country governments need to receive it, if not more so.”

He says that this is “most obvious in many African countries”.

I know what he means, having spent large chunks of time in exactly such aid-resourced countries (Afghanistan, Haiti etc).

In both Afghanistan and Haiti – they were republics of NGOs and Aid Central in equal measure –health services were resourced from abroad. Their governments could do little – or a lot – but they weren’t necessarily crucial to keeping their people well, or even alive. (Click here to read my blog on the birth lottery that left this Haitian man blind as the result of a condition that could easily have been treated in the developed world. Or even in developing countries like India.)

Even so, I’m not sure how much Professor Deaton’s suggested solutions would help. He wants people in the rich world “to agitate” for their governments “to stop doing those things that make it harder for poor countries to stop being poor”. These are:

** Providing technical advice that is not tied to aid

** Developing better drugs for diseases that do not affect rich people

But will these measures mean poor countries will stop being poor? Aid is not the only reason they are poor.