Forget the elections, it’s this vote against Haiti’s airport that is a problem 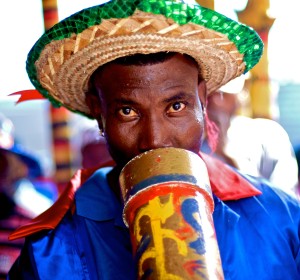 Let’s put the recent vote by travel site, The Guide to Sleeping in Airports, in context. It is not The New York Times. Or Lonely Planet.

On the other hand, it still matters that it has listed Haiti’s Toussaint Louverture International Airport as number six on a list of 10 of the worst airports in the world. Kabul’s airport is in seventh place, making it slightly better than Port au Prince.

The vote matters because it’s got a lot of play, with CNN featuring it and paying, as one might expect, special attention to Haiti’s airport problems.

For starters, this negative vote affects Haiti’s hopes of drawing more tourists. And it draws the eye to its inherent problems.

Having flown in and out of both the Kabul and Port au Prince airports dozens and dozens of times when we lived in Afghanistan and Haiti, I’m trying to think why Haiti is considered worse than Afghanistan.

Both airports are grim in the sense of dysfunctionality and dirt and the sheer don’t-care atttidue of the staff. Both are heavy with the footfall of the aid-and-reconstruction wallahs – the NGO crowd, western developmental workers, good Samaritans of all kinds.

There are differences, of course. In Kabul airport, the traffic is often skewed in favour of military types, tattooed, bearded men in camouflage. In Port au Prince, the bias is towards the missionary from the southern United States.

But, I rather prefer Touissant Louverture airport, if for nothing else, than the joie de vivre that resonates on the air as you get off the plane, listening to the band of musicians hired specially to play every time a flight arrives. It is irrepressible, a little like Haiti.