Let me put it to you straight and on the nose: does subtlety in art suck? 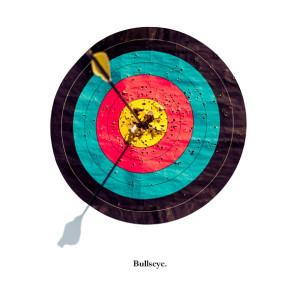 I remembered Aleksander Hemon’s plea for unsubtle adjectives while reading Forrest Wickman’s swipe at subtlety (it sucks, he wrote in Slate magazine).

Mr Hemon, it may be recalled, taught himself writer-ly English while stranded in America by the Bosnian war. He is considered the master of the unusual coinage, a writer who deliberately disdains minimalism, who ignores what he calls the writing school theory of ‘show, don’t tell’ and piles adjective upon adjective upon noun in a glorious construction of images. I rather like his writing though some, like Charles May, the guru of short-story critiquing, said a few years ago that it was time “the steam surrounding him (Hemon) for his ‘remarkable’ grasp of English and his ‘new voice’ should simmer down a little”.  (Click here for Mr May’s blog on the subject.)

Mr May had also pointed out that Mr Hemon’s “vocabulary is sometimes strangely formal (as when he uses the word ‘masticates’ instead of ‘eats’ for the simple act of eating a sandwich), or self-consciously poetic (as when he tells the reader to ‘wipe the misty windshield of memory’).”

The misty windshield of memory is not particularly subtle, it isn’t, as Forrest Wickman wrote in Slate, oblique, indirect, obscure. Does that somehow render it less effective?

Mr Wickman points out a review of Jonathan Franzen’s ‘Purity’ from Deadspin’s culture site, the Concourse. It describes a sentence about some seals barking (“You could hear them from miles away, their arp, arp, arp a homing call to family members still out diving in the fog”) to complain that Franzen is “a little on-the-nose with the metaphors.” (The heroine is on her way to see her mother.) And he reminds us of another review which complains that “Franzen stuffs the book with ‘symbols and allusions that are never too difficult to catch’ and ‘pounds the notes of guilt and shame a little too hard with his Victorian hammer’.”

But is subtlety an overdone virtue?

Mr Wickman seems to think so. “Before the 19th and 20th centuries, subtle was more akin to obscure, a word that … has a negative connotation,” he writes. And he quotes the 17th-century poet Samuel Butler: “The subtler Words and Notions are, the nearer they are to Nonsense.”

But the growth of literacy (and the reading man) forced meaning “deeper and deeper below the surface”, in the hope that the unwashed would not understand its subtlety.

In the 21st century, being unsubtle is to be “on the nose”, he laments, a phrase that till recently meant exactly what the dictionaries still define it as: exactly right or on target.

Now, it’s an insult to say that someone or something is unsubtle. It indicates the unsophisticated simplicity of a mind unformed by subtle influences that require intuition to perceive.

Obvious symbolism. A message story. All of these are considered an insult to the reader’s intelligence and a terrible indication of the writer’s lack of any (intelligence). But here’s the problem with this self-conscious thrust for subtlety, as Mr Wickman puts it: “It’s true that there’s pleasure in discovering something for yourself, but we should ask ourselves whether that’s more important than communicating clearly, or delivering that joy to larger audiences. Too often this defense is a form of self-flattery”.