Last week, The Economist was writing about ‘the dispensable French’

What a difference a week makes. On November 7, Charlemagne was pretty scathing about France’s loss of influence in the European Union and its timidity in using the vestiges it still has. (Click here to read the piece.)

There was a poignant description of Frances’s largely failed attempt, eight to 10 weeks ago, to take refugees from Germany.

“French bureaucrats, armed with Arabic translators and loudspeakers, chartered three coaches and set off for the German city of Munich,” wrote Charlemagne. “The idea was to fill the vehicles with refugees and drive them over the Rhine to France, thus easing Germany’s load. The French had planned to fetch some 1,000 asylum-seekers. But in the end, only a few hundred could be persuaded to climb on board. It seemed they were not interested in French solidarity; they wanted to live in Germany. The coaches left half-empty.” 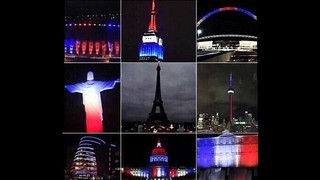 On Saturday, the morning after the worst attacks in France since World War II and among of the most deadly terrorist strikes on western soil since 9/11, the world was scrambling to record its appreciation of France – and its culture, predilections, and little habits. Without their je ne sais quoi, the world would be a less attractive place.