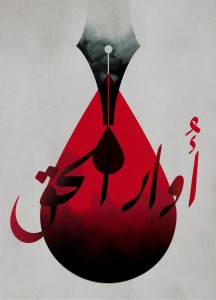 Bravery in war is said to be a necessary rampart of defence but not when it is all farce and feint. These were not the words they used to describe America’s online battle with ISIL, but the Silicon Valley branding experts who recently conducted a review of US virtual engagement may well have thought them.

The reviewing group, which included veterans of Google, Twitter and other technology companies, questioned the US government’s ability to serve as a credible voice against the extremist group’s propaganda. No one, they suggested, especially overseas Muslim audiences, would readily believe American government-branded tweets, Facebook posts and YouTube videos, so it was best for the US to keep its powder dry on the digital battlefield.

The review prompted a relatively speedy rethink and a new strategy, which will rebalance American efforts and resources among third parties along the lines of the Sawab Centre in the UAE. Similar counter-messaging centres may soon come up in Malaysia and Nigeria.

Richard Stengel, the former managing editor of Time magazine who now oversees the State Department’s Center for Strategic Counterterrorism Communications (CSCC), has admitted that the new model will involve “more partnership with credible voices, with other governments and third parties”.

This is all to the good and the only surprise is that the US has taken so long to realise it can’t accomplish much by the so-called strategy of “tweeting to terrorists”.

But the ineffectuality of the CSCC, which was set up two years ago as an information war room against terrorist networks, is underlined at a particularly poignant moment for America.

In the aftermath of the latest mass shooting in the US, there is some suspicion that one of the murderers, US-born-and-bred Syed Rizwan Farook, may have been self-radicalised or turned by his ISIL-supporting Pakistani wife. She is said to have had a major part in the massacre in southern California. There is little information so far about what role, if any, social media played in Farook’s alleged radicalisation. However, it’s worth questioning the value of the CSCC’s work if its online interventions could not reach even a college-educated man with a well-paid job who was raised in America for all of his 28 years.

The tortuous sequence of America’s attempts to fight ISIL’s propaganda war has included stomach-churningly violent films, such as Welcome to ISIS Land, which were made by the State Department in an effort to show up ISIL.

That film never did have the intended effect and it underlines the real problem in dissipating the extremists’ online allure. The message can only ever be as good as the reality. And the reality is more complex than anything that can be countered by short, sharp videos and Twitter messages aimed at everyone around the world who might conceivably be radicalised.

In this context, it may be relevant to quote Olivier Roy, the French professor who is considered an expert on political Islam. He has said that the phenomenon of young men in their 20s and 30s committing mass murder and suicide in the name of God is an extreme manifestation of a “generational nihilistic radicalised youth revolt”.

It is, he has said, “more about the Islamisation of radicalism than the radicalisation of Islam”. The professor attributes this mainly to a big generational gap, which he says is being felt more strongly in Muslim societies because these communities are experiencing sudden cultural, sociological and political change.

For second-generation migrants in Europe, says Mr Roy, it is about the loss of status (and loss of face) that their parents suffered because they moved.

The young are angry about everything their parents represent. Their anger is akin, he suggests, to the Baader Meinhof revolutionaries who wanted to take revenge on their parents’ generation of Nazi collaborators. According to him, “the young jihadists say ‘we are better than you.’ This is always what a youth movement says.”

He’s got a point. But this reasoning applies mainly to European Muslims, now massed into second and third generations of immigrants, and who are achingly conscious of the divide between official egalitarianism and subtle exclusion in their countries.

What of other parts of the world? Why, say, would one of the California shooters, Tashfeen Malik, who had a college degree and belonged to a Pakistani family of means, choose death (for herself and 14 other innocent people) over life with her husband and a young daughter? Why would she swear allegiance on Facebook to Abu Bakr Al Baghdadi, leader of ISIL, a brutal group that has often been described as a death cult?

Perhaps the answer is that there is no one answer. In some parts of the developing world, the trigger for Mr Roy’s “generational nihilistic” violence may simply be a recoiling against globalisation, which is seen as synonymous with westernisation. That said, Muslims everywhere – from Algeria to Pakistan – continue to feel the injustice and the consequence of western hypocrisy over the occupation of Palestine.

Western double standards remain a common theme for young people (Muslim or not) in the developing world. And for young Muslims born and bred in the West, this opinion fuses with the organic reality of the double standards they face in their lives.

There is much to commend in Mr Roy’s theory that the world is faced with a youth radicalisation movement that has simply fastened on Islam. But the fightback must be recalibrated to challenge that cunning narrative.

This is not so much a global battle against anything so much as a local, sometimes even acutely individual, grievance that latches on to ISIL-like groups to magnify its significance.