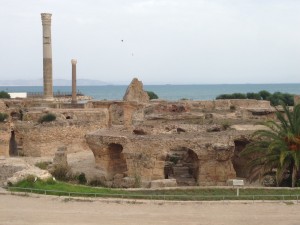 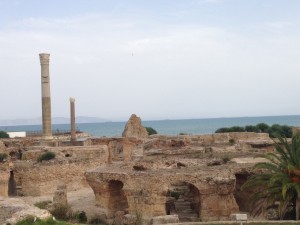 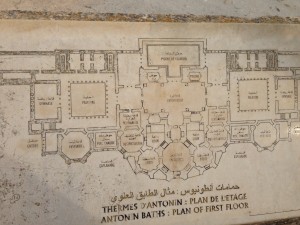 On to the Baths of Antonine, built 2,000 years ago when Antoninus Pius became emperor. This was the third largest baths complex in the Roman world. Next door were public latrines.

When the baths were fully in use, they measured about 35,000 sq m. Today, only remnants of the substructures remain but they indicate the scale, the vision, the remarkable execution of an imperial therma, as opposed to an ordinary balneum.

The distinction is worth noting.

A balneum was a smaller, less ornate bath complex.

The imperial thermae were gigantic, magnificently decorated structures, generally constructed by the state. That Carthage had thermae was significant. It made for happier, more satisfied (and cleaner) citizens of Rome. Thermae were always free and offered the full range of services (fit for an emperor). Balnea did not.

According to some accounts, there are census figures to show that in the 4th century (300 years after the Baths of Antonine were built) Rome contained 856 balnea but just 10 or 11 thermae. 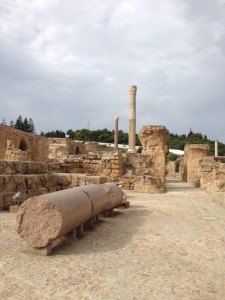