Things to look forward to in 2016: Can Finnish national income work? 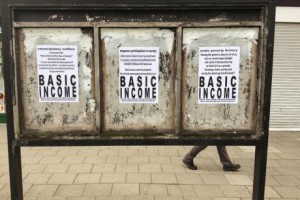 Finland is planning to give its 4.9 million adult citizens a national basic income – €800 each – and scrap all existing benefits.

It will probably be the most comprehensive basic income scheme in the world. There have been similar experiments elsewhere but they were generally smaller or more targeted. For instance, as Quartz writes, people in the Canadian town of Dauphin received a stipend from 1974 to 1979. Several Dutch cities are planning to introduce a basic income scheme next year. But giving it to a town is slightly different from doing it for a whole country.

First, there’s the cost. Finland’s bill will come to €46.7 billion per year. (Next year, the government’s revenue projection is barely €2 billion over and above that. This means, Finland would have just €2 billion to do all the little things a country must to keep itself in the style to which it is accustomed.)

But the Finnish prime minister, Juha Sipilä, believes it’s a good way to simplifying the social security system – and the obvious savings will be in administration costs of all the scrapped benefits.

That said, it’s not entirely clear if this magnificently egalitarian initiative is really going to help those who need it most.

For instance, a single mother of two would have the same state income as a single man with a job and no children. That doesn’t sound awfully fair.

A millionaire would get his basic income (adjusted through the tax code) even though he doesn’t really need it.

Of course, the Finns may remove the basic inequities in the plan. We’ll have to see what the published proposal says next year.