Testour’s mosque with its Star of David represents faith, hope and charity 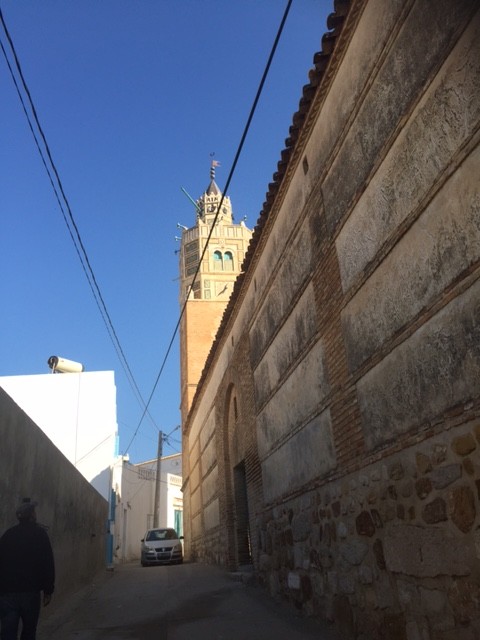 On our year-end travels around Tunisia, we pass through Oued Zarga, a little town on the wadi (river) Zarga, which flows down from Algeria. It is rich in fruit and vegetables and is charming as only a relatively unimportant mountain town can be. Oued Zarga is not like Beja to the west – rich and with a history worth recounting. It is not like Testour to the east – spiritual and with a haunting twice-told story of sacrifice.

Oued Zarga is always the place you visit on your way somewhere else.

In this case, we were headed for Testour, in the Medejrda Valley hills. It is known for its two magnificent mosques – El Jami El Kabir and El Jami El Saghir; its expertise in making burnoos and keshabiya (the wrap with arm holes and sleeves) and a fresh cheese that seemed like a saltier version of the Indian paneer.

Mostly though, Testour is noteworthy as a symbol of inter-faith harmony. 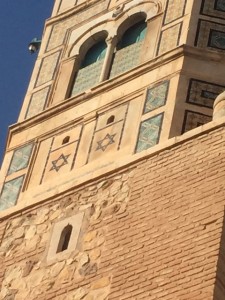 he Big Mosque bears the Star of David because the Jews in Testour helped the Moors fleeing Andalusia to build their place of worship.

The minaret is known for its unusual mix of Arab and Andalusian architectural styles. 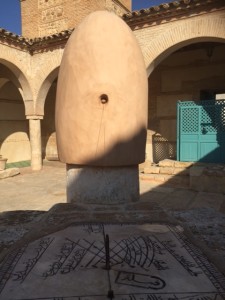 Inside, there is a sundial – all the better to tell when it’s time for prayer – and Roman columns re-purposed for the task of building a mosque.

A rare representation of recycling, refugee welcome and resolute faith. 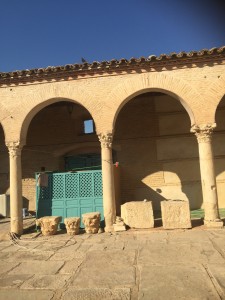