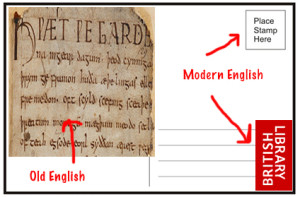 We know that our language – English, the lingua franca, spoken by more than half the planet’s population – is changing at a faster pace than ever before. This is because of technological developments, the way we live and the way young people are able to communicate new words to each other.

So, there’s on fleek, which is just another way of saying on point. And throwing shade. And so on and so on.

But here, courtesy of The Economist’s tech and social media gurus, are things that the English language badly needs to find a word to describe (click here to go to The Economist audio and head for ‘The World in 2016, part II’) to listen to the discussion):

* Self-driving cars because to retain that term is like horseless carriages, a definition of what they’re not. The Economist’s experts wonder if it should become  autocars or something like that

* Smartphone because almost no one uses it as a phone. So how about ‘handy’ or some such?

* V R experiences or virtual reality experiences, which are not film and not games. Currently they’re just called ‘experiences’, which isn’t specific enough

* Social overload, or the experience of looking at Twitter and Facebook and email and something else all at once