Haiti’s President Martelly told me he was a ‘bad boy’. It seems he was right 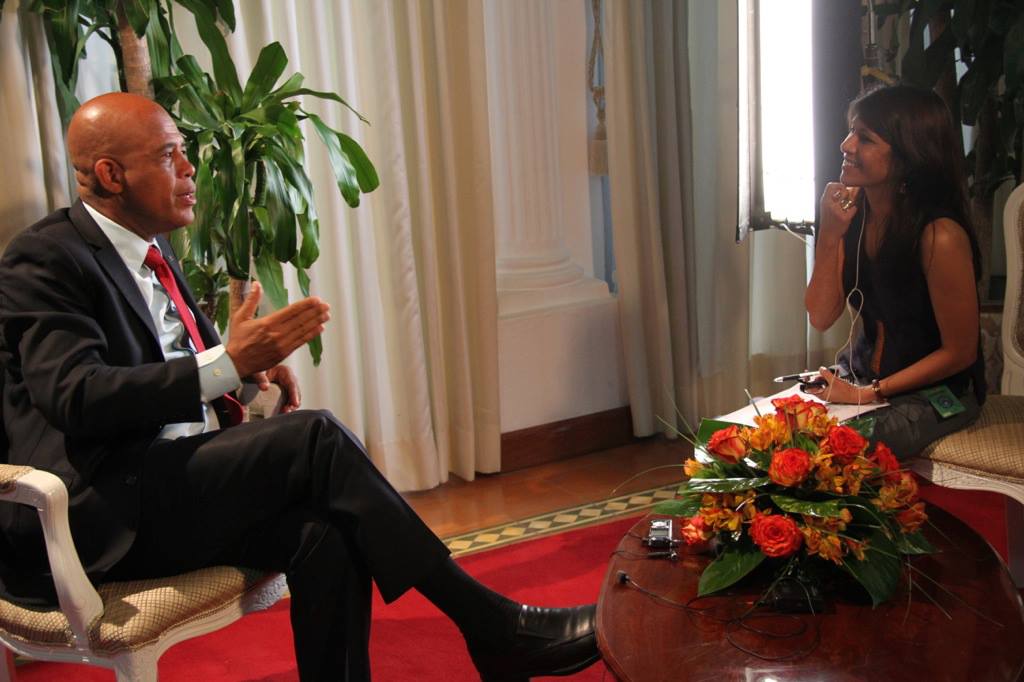 When I interviewed Haiti’s President Michel Martelly for Foreign Policy two-and-a-half years ago, he started by telling me that the people of Haiti had elected him because he was “a bad boy …too many good boys had been president before and not enough things had been done.”

He’s been unable to hold an important election for Haiti to choose his successor. Not only is it five years late but no one thinks it’s fair.

It’s well known that Mr Martelly has been appointing friends and others to mayoral offices across the country for the past five years. Read Henry (Chip) Carey’s blog on this here. A professor of political science at Georgia State University, Mr Carey says he has watched most of Haiti’s national elections since 1987. I don’t know if he was actually in country or observing from afar. Either way, it must have been dispiriting.

Mr Carey, like most Haiti academic “experts”, is violently anti-Martelly but at least on one point, he is right. The President has been replacing mayors rather too frequently for them to be able to even get started on their job. This has prompted the suspicion that there’s another reason for their appointment – to help them make money.

In this context, I have to admit to my surprise when I met Petionville’s new mayor back in mid-2014. For those who do not know, Petionville is the swish part of the capital, Port au Prince. It’s high up in the hills and has the elegant old restaurants – as well as the shiny new ones. The new mayor was a charming lady – her face and figure made me think of a model. I was told she’d been a hostess at one of the leading restaurants. What qualifications did she have for mayor?

No one can single-handedly fix Haiti. But Mr Martelly, self-confessed “bad boy”, seems to have only added to the dysfunctionality.