Will this be the year the stethoscope enters a museum, never to leave? 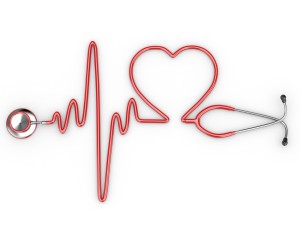 Two-hundred years after René Laennec invented the stethoscope, the doctor’s acoustic tool of diagnosis may be destined for the museum.

Apparently, there is nothing the stethoscope does and no intelligence (or sound) it provides that other machines don’t do better.

Everything a doctor hears through the stethoscope – from the heart, lungs, bowels and so on – is amplified, clearer and properly recorded by echocardiograms and pocket-size ultrasound devices. There are algorithms that can analyze the sounds and offer a likely diagnosis. In September, the US Food and Drug Administration approved a stethoscope that can hear and transmit the sounds of our organs using a cellphone app.

Part of the reason that digitised listening and imaging machines are becoming more important than the stethoscope is doctors themselves. They are said to be getting worse at auscultation or the art of listening to the body to detect disease. This may be at least partly because modern medicine offers so many other tools of diagnosis than in the 1800s.

If the traditional stethoscope became obsolete, it would mean a great deal more than just the inevitable passage of time. Like the pen, the stethoscope represents much more than the sum of its parts.

When a doctor slings earphones and rubber tubing around his neck, he is donning a marker of his profession. Like a white coat, he is assuming a certain persona that must inspire faith and hope (in his diagnostic skills and in God).

Unsurprisingly, the stethoscope features heavily in films and on television, as well as in the lives, works and sayings of great men.

Gabriel Garcia Marquez wrote that man may be healthy man but “when you listened with the stethoscope you could hear the tears bubbling inside his heart.”

And Mahatma Gandhi warned against taking the data provided by the stethoscope at face value. “A perfect mind comes from a perfect heart, not the heart known by a doctor’s stethoscope but the heart which is the seat of God.”