Iowa’s 2008 moment is back: It has to pick between a fighter & an inspiration 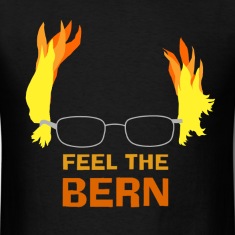 “Once again, Democrats are presented with a choice between a fighter and an inspiration,” writes Jamelle Bouie in Slate and this has to be the truest thing one can say about the Iowa caucus. Hillary Clinton or Bernie Sanders?

Do these voters, as Mr Bouie writes, “want a fighter for their interests or an inspiration for their dreams?” (They picked Barack Obama and changed American politics forever.)

But 2016 is not 2008 for one key reason: back then Democrats were almost certain to win the White House and Congress with it. However Iowa’s Democrats voted, it seemed likely that their party would win through. Now, the Republicans are fighting hard after eight years of a Democrat in the White House and Donald Trump’s outrageousness is winning support (and the headlines).

But if 2016 were 2008, Bernie Sanders really is the inspiration, just like Barack Obama nearly a decade ago.

He asks people to imagine a better America. “There are those who say we cannot defeat a corrupt political system and fix a rigged economy,” he says. “But I believe we need to lift our vision above the obstacles in place—and look to the American horizon.”