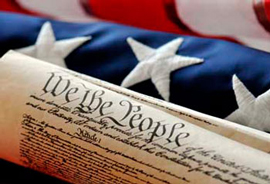 The first votes were cast in the 2016 US presidential election but the spectacle of the democratic festival was a reminder of its impenetrability.

How many people outside the US understand a caucus? Or America’s electoral college system? What does it say about the US system that no new nation has adopted it as a template for choosing its president?

What does it say about the nature of America’s four-yearly appointment with democracy that it continues to hold on to a system that would be struck down as unconstitutional if it weren’t already in the Constitution? The electoral college system violates the principle of one-person, one-vote. It is ripe for revision having been created by the framers of the constitution 229 years ago.

For years, polls have reliably shown that a majority of Americans would prefer a straightforward popular vote for the presidency. But that can’t happen without a constitutional amendment.

In the meantime, the great impenetrable spectacle of American democracy continues.