Refugee cash-for-work is a good idea 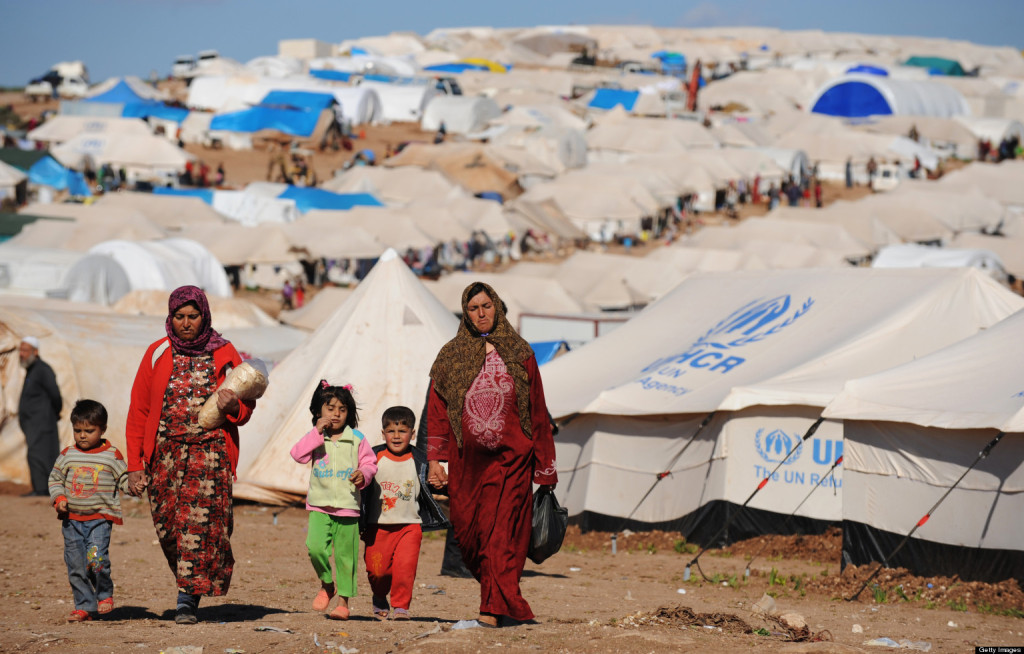 Cash-for-work has been touted as the big idea in refugee care ahead of an aid conference for Syria in London. It is a fine principle if only it could be made to work in the refugees’ immediate neigh­bourhood — Turkey, Lebanon and Jordan — where most of them are waiting out the agony of exile.

The idea, proposed by Gerd Mueller, Germany’s minister for Economic Cooperation and Development, on a visit to Jordan, was subsequently taken up by British International Development Secretary Justine Greening. It simply sparkles with common sense.

Gainful employment in more familiar surroundings would save Syria’s harried people from difficult journeys to cold, foreign locations in Europe.

The return on investment is apparently very good in monetary terms. Mueller claims that it is “20 times more effective” to spend resources on refugees in the region than on accommodating them in Europe. Greening says: “A pound or euro goes so much further in Jordan than if we are spending it here processing refugees in Europe.”

It would also ease the pressures on European governments, which are feeling the backlash as their alarmed populations face the prospect of a ceaseless flow of large numbers of Syrian refugees.

It is a bargain, a three-for-one deal that would give something to everyone — decently paid work for the refugees, cash for their host countries in the neighbourhood and a respite to Europe, which is dealing with the biggest refugee movement since the World War II.

Could it ever come to pass?

Could the money to create 500,000 jobs be raised internationally, as the London conference proposes? The cash-for-work scheme would require $2.17 billion. This would allow Middle Eastern host countries to employ refugees at $325 each per month.

That sounds like pretty good takings but there is more than the money to think of — not least the physical and psychological practicalities that might affect implementation.

Turkey, which hosts approximately 2 million Syrians and 30,000 Iraqis, recently agreed to offer work permits to those who had been in the country for at least six months. But amid all the hosannas about the decision, there are two potential game changers. Ankara could renege any time because it is yet to receive the $3.25 billion promised by the European Union to ease the burden on its economy. And Turkey’s domestic unemployment rate is running at roughly 10% as growth slows and President Recep Tayyip Erdogan’s government struggles to contain discontent. When it is jobs for the people, most countries first consider their own people.

It is pretty much the same for Lebanon, home to 1.3 million refugees — more than one-quarter of its population — and for Jordan, which has upward of 600,000.

In parts of Jordan, unemployment is more than 50% and the idea of giving newcomers legal access to jobs is understandably fraught. Will Amman find it a comfort that Mueller and Greening want the new scheme to fund jobs for both Syrians and Jordanians? The enterprise zones they envision sound like a dream of harmony with Syrians and Jordanians working alongside to build infrastructure and schools.

Finally, of course, there is the rather more delicate issue of culture and values when resettling refugees anywhere. It is easier to visualise the cultural chasm that opens when Syrian refugees arrive in Europe than in the Gulf Arab states and in Turkey. In a general sense, the Middle East is thought to share a cultural closeness, which should be able to absorb Syria’s displaced and allow them to sink deep and comfortably into the familiar rhythms of home.

This is a deceptive and ill-informed myth. Though most Syrian refugees are Sunni, Saudi Arabia, for instance, is leery of taking in people who lived in Syria’s Sunni areas, which served as a base for ISIS. In Lebanon, the Sunnis and Shias are finely balanced and even small changes can trigger violent responses. In Turkey, refugees who initially settled in a province that had a sizeable number of Alawites (the sect to which Syrian President Bashar Assad belongs) were coldly received. Egypt’s President Abdel Fattah al-Sisi is worried about Syrian refugees’ links to his bête noire, the Muslim Brotherhood. The Gulf states, home to enormous and diverse expatriate groups of workers, are ever alert to the possibility of ethnic and sectarian tensions.

In this context, it becomes a little easier to understand the inhospitable tone of the regional attitude towards the refugees and why the cash-for-work idea to keep them out of Europe may not work.