Manufacturing might be the ticket for India, ‘world’s largest poor economy’ 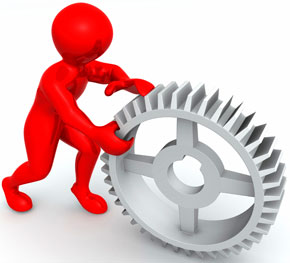 My friend, the eminent and very wise Gurcharan Das, recently sent me one of his columns for The Sunday Times of India and I was interested to read the strength of his belief in manufacturing jobs for India.

Gurcharan argues that it is wrong to think that the age of manufacturing is over considering global merchandise exports remain huge – $18 trillion last year; China accounted for $2.3 trillion. For India, a country that is, in Gurcharan’s words, “the poorest large economy in the world with less than a sixth of the global per capita income, at a level lower than Laos, Zambia, and Sudan”, manufacturing is not so old-fashioned that it can’t offer a new liberation from poverty and joblessness.

I think this is spot-on. Amidst all the talk of “smart cities” (98 of which are proposed in phase I of Prime Minister Narendra Modi’s plan), high-tech clusters and knowledge hubs, we can forget that all too often, plans grow dusty in India (and remain unimplemented or half-implemented). And that  high-tech hub, which was inaugurated with loads of press and hosannas, may be doomed to remain a half-built structure watched over by a solitary guard who lives amidst the fading primary colours of the cubicles that were starting to be slotted into place. Not always, not at all. But often enough, in India, projects are simply not completed. According to this data analysis by Sourjya Bhowmick @sourjyabhowmick, “42 per cent of sanctioned projects were completed across nine sectors under the Jawaharlal Nehru National Urban Renewal Mission (JNNURM) – which was a scheme launched in 2005 for urban modernisation. These sectors are : Water supply, sewerage, storm water drains, solid waste management, roads, development of heritage areas, urban renewal, mass rapid transport system and other transport system (foot over bridge, subway etc)”

Admittedly, that doesn’t mean high-tech hubs were left half-built, just that they probably weren’t built at all.

This is why, Gurcharan’s reminder of the simple promise offered by manufacturing jobs is timely. But only of course, if there is more ease of doing business, in the way the World Bank index puts it. So far, Mr Modi’s government has managed a new bankruptcy law, commercial courts, and the national company law tribunal. This is more likely to create jobs than all this government’s rhetoric about achhe din.