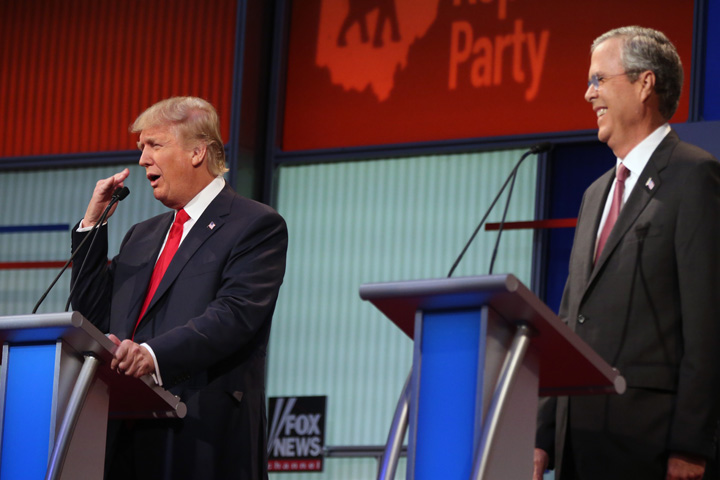 In the countdown to the South Carolina primary, The Donald’s stubborn dominance of the polls reminded me of the predicament of a radio talk show host in that state. Mr Trump’s popularity caught Tony Beam unawares. Mr Beam, who hosts the radio show ChristianWorldview Today, learnt things about his listeners that he’d never suspected. And doesn’t like.

He doesn’t like it that his listeners don’t seem to care that Mr Trump is not “Christian” in the way you’d expect: prayerful, kindly, bridge-building, prepared to turn the other cheek.

Mr Beam’s rather woeful learning process featured in a recent episode of one of my favourite radio shows, ‘This American Life’, which is presented by the inimitable Ira Glass. Click here for the transcript of the relevant episode, which was called ‘I thought I knew you’. Or just read on.

For years, Tony Beam, thought he and his listeners had a close communion of interests and reactions. As ‘This American Life’ put it, they spoke “the same language. They hate Obamacare, deficit spending. They feel the Christian right gets no respect from the Republican establishment. And when Tony endorses a presidential candidate, enough of his listeners agree with him that candidates seek him out. They come on the air with him. He went with Huckabee in ’08, Santorum in 2012.” (Clearly, Mr Beam is no political oracle, but never mind that.)

Anyway, this time round, Mr Beam decided he was backing Ted Cruz, a man who calls on voters to say a prayer every day in order to make America great. Mr Beam felt in his bones that Donald Trump’s rise to political prominence would be brief. Ted Cruz, thought Mr Beam, would be a hit in South Carolina, where nearly two-thirds of Republican primary voters in 2002 identified as born-again Christians. When the first Republican debate happened and Donald Trump was called out for describing women as “fat pigs, slobs, dogs”, Tony Beam thought it was all over for the loudmouth billionaire and that his callers would obviously be disgusted. But he went on his show and found people ringing in to say “how glad they are the way Trump handled himself and that he won that debate.”

He was stunned. “I thought I was doing somebody else’s talk show, that they had switched frequencies on me and not told me, and that I was actually doing a show from a different location. This is crazy. This is not who we are.”

Perhaps the point about this story is that it is who we are. All of us. Anywhere in the world. If we’re led in a certain way, we will say anything, do anything even though we were taught not to. Why should that be surprising? It’s a lesson we already know from German history.