Read this ‘dispatch from the future’ about ‘Prez Trump’, all ye who despair 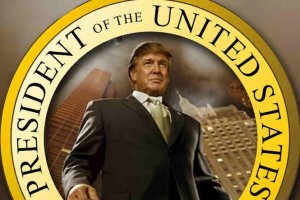 Last week, FiveThirtyEight ran an ‘On the Media’ podcast that harked back to an Atlantic piece I had read in August and laughed. This time, I heard Jon Lovett’s beautifully-written “dispatch from the future”, titled “Looking Backward on the Presidency of Donald Trump” and felt sad and relieved at the same time.

Sad because, in the piece, America had demeaned itself by electing a manifestly unfit reality star as president.

Relieved because “President Trump” was impeached, shown up as incompetent and President Obama and Congress worked together – as a bipartisan unit – to protect America and the Constitution from “President Trump”.

This is what Mr Lovett, who was, by the way, President Obama’s speechwriter, said happened in the run-up to “President Trump’s” inauguration in January 2017:

“By the time President Trump raised his right hand and swore to preserve, protect, and defend the Constitution, the Constitution itself had been enlisted. In what Trump supporters called the ‘Christmas Coup’ and what everyone else called a historic act of national preservation, President Obama signed into law a bill passed with overwhelming bipartisan support (with the exception of a few House Republicans and Ted Cruz, who abstained) which reasserted congressional primacy over the republic and stripped away the presidential prerogatives that had accrued over the previous century. In a talk at the Heritage Foundation, Chief Justice John Roberts, speaking only hypothetically of course, suggested such a law would survive judicial review. The liberals on the high court offered similar hints. The only source of debate was which parts of the law ought to be permanent and which should sunset after four years. You can imagine how that went.”

Finally, Jon Lovett’s story is worth reading because it reminds us of certain truths. “Maybe Trump was a mirror”, he writes, “and we hated him because we hated what we saw in our reflection. We were coasting and knew it. A generation of elites prized shamelessness and ambition over virtue. Our newness and pride as a nation didn’t protect us from decadence, but it did allow us to ignore it, glued to our grievances and our phones as our culture and politics grew ever more brittle and shallow and crass.

All those who despair at this point of time, just go read that Atlantic piece.