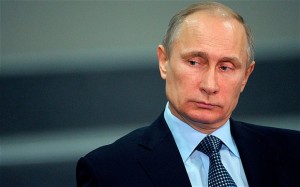 Death and taxes. Or rather an earlier death than if you’re not leading your nation.

He or she who runs a country. runs the risk of dying a bit sooner than if they had not had the good fortune to be president or prime minister.

A new study published in the BMJ says that the stress of leading a nation cuts a person’s lifespan by two years. The study, which is affiliated to Harvard, studied elected leaders in western countries: 279 past and present leaders of Australia, Austria, Canada, Denmark, Finland, France, Germany, Greece, Ireland, Italy, New Zealand, Norway, Poland, Spain, Sweden, the UK, and the US. Their survival rates were compared to that of 261 runners-up in those countries’ parliamentary and presidential elections. The runners-up lived a little bit longer.

Perhaps it is because of the intense effort a leader must put into the task of leading. As American football coach Vince Lombardi once said, leaders are made, they are not born. They are made by hard effort, which is the price which all of us must pay to achieve any goal that is worthwhile.