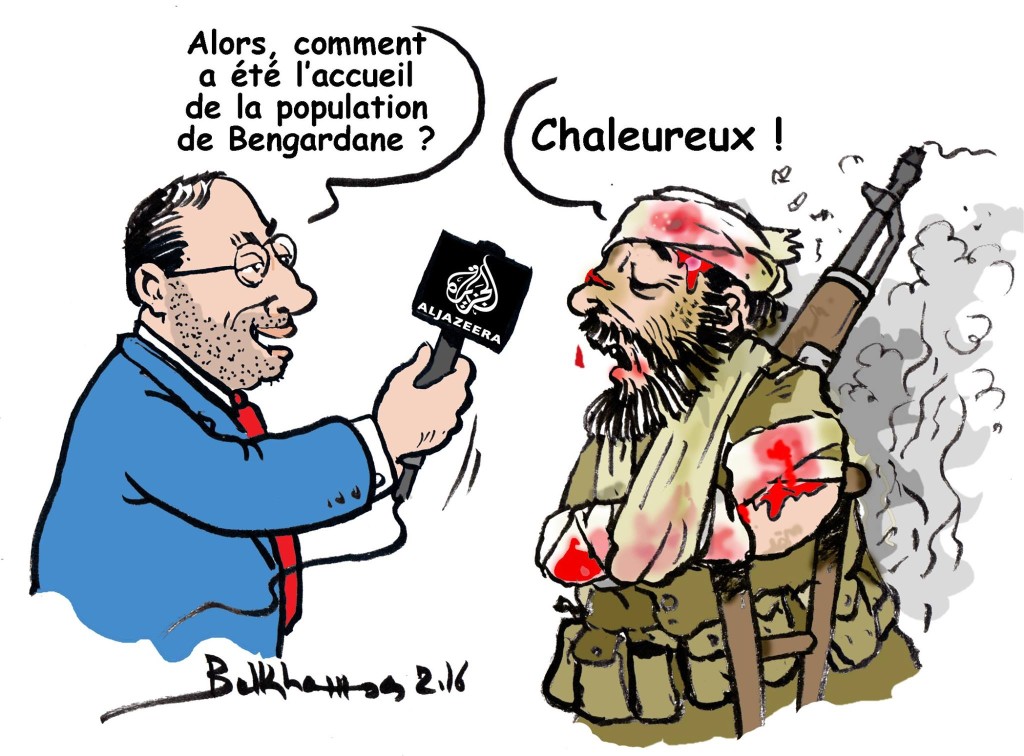 How much closer is Tunisia to the destiny apparently mapped out for it byISIL now that the extremist group is heavily under attack in Iraq and Syria?

Every so often, there are rumours that ISIL is stealthily but surely moving to base itself in North Africa and establish a so-called “Islamic State” there. But the most recent iteration of the rumour seems particularly significant. Unverified reports that ISIL leader Abu Bakr Al Baghdadi is living in Sirte in Libya coincided with the March 7 Battle of Ben Guerdane near Tunisia’s border with Libya.

The Ben Guerdane operation, the most audacious cross-border attack inTunisia’s history, took the form of three separate incidents on a single day, within 15 kilometres of the city centre.

It featured simultaneous assaults on Tunisian security personnel and installations, including a military barracks. It ended with the Tunisian army and police killing nearly 50 extremists and capturing at least 20. Later, Tunisia’s president Beji Caid Essebsi would explain that his government saw the Battle of Ben Guerdane as an “unprecedented” attempt by extremists to take over parts of the country and “establish a new Islamic State emirate” in Tunisia.

A new ISIL video has said as much. The only question is why now?

There are four possible reasons. If Al Baghdadi, who may have been injured in a bomb attack on his convoy in October, is really in Sirte, ISIL would be anxious to take territory in the region.

It would want to overturn the perception that it is in retreat and on the run in Iraq and Syria. It would seek to retake control of the propagandist story it has consistently put out and portray itself as strong and unassailable.

Second, Ben Guerdane may be the blowback from the recent successes in fighting Tunisian militants based in Libya. Last month, American planes hit an ISIL site at Sabratha, which is close to the Tunisian border and just about 130km from Ben Guerdane.

The main target was a Tunisian ISIL operative, Noureddine Chouchane, who is said to have played a key role in planning last year’s two devastating attacks on western tourists in Tunisia. According to analysts, Tunisian extremists may be finding it too dangerous to stay on in Libya and keen to open a new front in their home country.

Third, territorial gain in Tunisia would be entirely in line with ISIL’s oft-expressed view on the need to erase 20th-century borders and redraw the world map.

The independent NGO International Crisis Group recently pointed out that “Ben Guerdane would mark the top of a ‘liberated’ area, including the south-east of Tunisia and Tripolitania (a kind of emirate of Tripoli and Ben Guerdane). Given its history, this would allow Ben Guerdane to serve as a transit point for men and arms throughout the region.” This would seem logical to ISIL because the region was once governed by the Ottomans as the wilayet of Tripolitania.

Finally, there is this dismal truth. If ISIL is especially focused on Tunisia right now, it may be more in the way of a vulture watching over its weakening prey than anything else.

In the five years since the Jasmine Revolution, Tunisia’s laundry list of problems has only grown longer.

Despite urgent and well-meaning advice from independent economists, the IMF and the World Bank, Tunisia’s government has dithered over reform. Young Tunisians continue to be unsustainably dependent for jobs on the overburdened public sector. This can trigger tensions nationwide, as happened in January when Ridha Yahyoui, a young man angry at being denied a government job, scaled a pylon in the southern town of Kasserine and was electrocuted.

So, is Tunisia too weak to neutralise the extremist threat? There are as many answers as the people you ask but it’s fair to acknowledge that it’s doing rather better than before on the basics of counterterrorism.

For more than a year, the army has been fighting local militants in the Chaambi Mountains, along the southeastern border with Algeria. As for the border with Libya, Tunisia recently completed a 200-km barrier and a trench, which runs from the coastal town of Ras Jedir to Dhiba in the south-west.

There are plans, Tunisia’s defence minister recently said, for German and US contractors to install electronic surveillance equipment at strategic points along the wall.

The international community – the US, UK, France, Germany and most recently, Russia – is increasingly generous in its offer of men and equipment to help the Tunisian forces fight the militant threat.

But most important of all may be the spirit of local resistance. The Tunisian press has reported that the residents of Ben Guerdane played a key role in defeating the extremists. Not only did they alert the authorities to the ISIL infiltrators’ presence, they mobilised to support the security forces.

A cartoon in La Presse, one of Tunisia’s most influential newspapers, summarises the people’s attitude. It shows a journalist asking a gun-toting and sorely banged-up extremist, “So how did the people of Ben Guerdane welcome you?” and the man mumbling in response: “Warmly”.