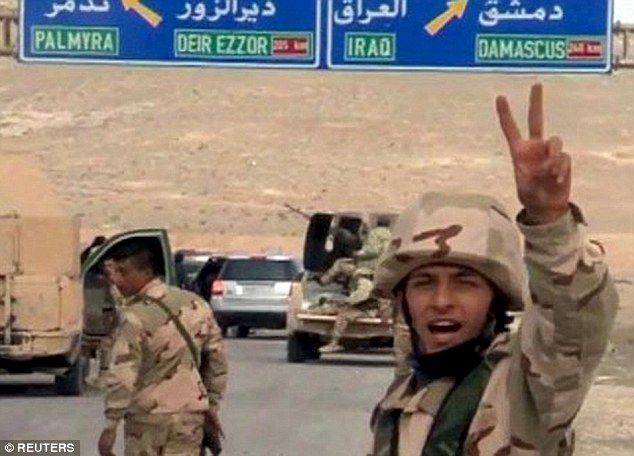 Palmyra, which the Syrian army (helped by Iranian and Hezbollah forces) recaptured on Sunday, March 27 after weeks of fierce fighting and Russian air strikes is a good example of what Vladimir Putin has been doing in Syria. Russian officials have now said that Russia’s elite special forces, also known as Spetsnaz, also contributed.

For the first time in five years of civil war, Bashar Al Assad’s embattled regime is able to convincingly argue that it, along with the Russians, is fighting jihadists, not just mainstream Sunni rebels.

But what has Mr Putin gained from the Syria intervention?

Not sanctions relief, at least not right now.

US assistant secretary of state for European and Eurasian Affairs Victoria Nuland told a Senate panel mid-March that Washington continues “to look at the Syria theatre and at the Ukraine theatre as two separate places. We will judge the Ukraine action based on what is done in Ukraine, and as you know, the sanctions are linked to Ukraine. So from our perspective, what is done in Syria should not impact choices about Ukraine.”

That sounds pretty inflexible. For the moment.

Even so, here’s what’s happened because Mr Putin had the chutzpah to push into Syria:

** Russia has gained some leverage among allies in the Middle East.

** There’s some renewal of a relationship – not of trust but pincer-diplomacy – of sorts with the US.

** And it is arguably the reason that the ceasefire is holding.

In a sense, the Russians may be have concentrated minds all around the table at the UN talks on Syria. Especially, that of Bashar Al Assad.

Mr Putin has delivered for Mr Al Assad – in the sense of partially rehabilitating his regime and enabling it and affiliated militias to recapture roughly 4,000 square miles of territory.

But, Russian support has its limits, as Aron Lund of the Carnegie Endowment for International Peace recently pointed out. “A complete nationwide military victory for Assad remains unlikely. Putin may now have concluded that a peace deal on Assad’s terms is also beyond reach.”

Randa Slim of the Middle East Institute is quoted by Politico to say that the announcement from Moscow, which coincided with the start of the Geneva talks, was a signal to Mr Al Assad to get talking.