It’s not just ISIS Tunisia has to fight, there’s the weevil killing its date palms 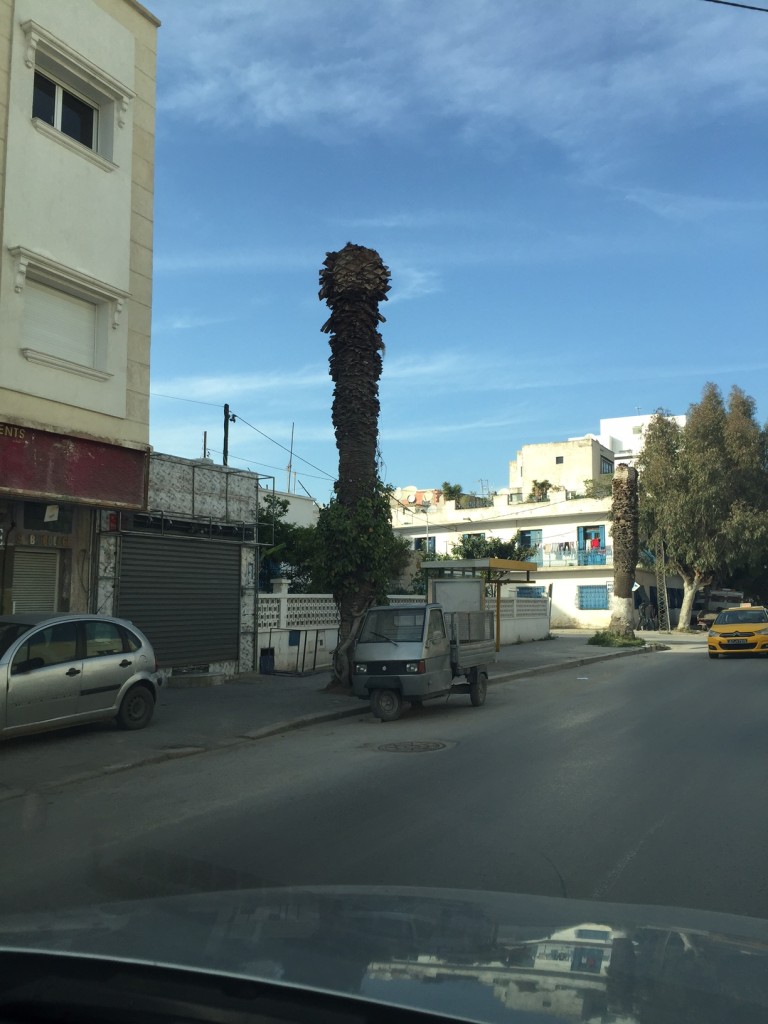 Your starter for ten. What makes this is a truly doleful picture of Tunis, the capital of Tunisia?

It is seen all over Tunis and nearby. Tunisia has been infiltrated by more than ISIS’s death cult. The red palm weevil has laid siege to palms, a dreadful portent for a date-exporting country. Dates are second only to olive oil among Tunisia’s agricultural exports.

The same happened to Saudi Arabia a few years ago, but Tunisia is much less able to cope. It has fewer resources and apparently much less resolve about the hard option –taking out the whole tree. A 2011 paper published by the Florida Entomological Society describes this as follows: “Removal of heavily infested palms and grinding them into small pieces, using resultant material as a plant growth medium in place of peat moss.”

But in Tunis, they are simply lopping the tops off palm trees and leaving the trunks standing – forlorn headless soldiers in the war on the weevil. But that is entirely the wrong thing to do because the red palm weevil’s larvae feed off the trunks. The weevil, which is barely an inch long, is originally from south east Asia. It was first seen in the north of Tunis three years ago possibly after the import of diseased ornamental palms.

Though palms themselves are an import here, albeit one that dates hundreds of years, the loss of them is bound to change the urban landscape forever.

Quite apart from the great cultural tradition of eating dates. And their economic importance with 12 per cent of Tunisians dependent on date farming.